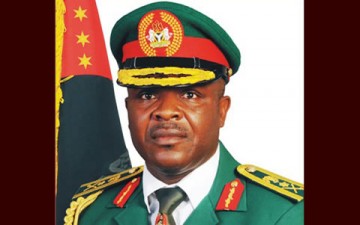 The casualty figure in Sunday’s bomb attack at the St. Andrews Military Protestant Church, at the Armed Forces Command and Staff College, Jaji, has risen from 11 to 17.

The Assistant Public Relations Officer, Infantry Corp and Centre, Jaji, Major E.M Akinyemi, said that two of those injured in the blasts died on their way to the hospital on Sunday while two others died on Monday.

Akinyemi added that two men who carried out the attacks on the prestigious facility, had also been confirmed dead.
He said, “As at today (Monday), the casualty figure in the attack is 15 people now. We are not hiding anything.

Yesterday (Sunday), our Director of Public Relations, Brig.-Gen Bola Koleoso, released the exact number of people who died in the blast, that is, 11.

“This is outside of the two people who carried out the attack.”

Investigation revealed that the attacks occurred on a day some politicians held a political rally in a satellite settlement near the military facility.

One of our correspondents gathered that there were suspicions in military circles that the bombers might have hidden under the cover of the political rally to carry out the attacks.

It was further learnt that the barracks do not have a complete perimeter fence, a situation that made it possible for the bombers to access the facility through another entrance.

Before Akinyemi spoke, the Commandant of the College, Air Vice-Marshal Ibrahim Abdulahi Kure, had told Kaduna State Governor Patrick Yakowa, that the death toll as at Monday was 15.

Kure explained to the governor who was on a sympathy visit to the college, that security had been beefed up not only in the institution but in the entire country to forestall a reoccurrence.

He also disclosed that his deputy , a senior Naval Officer, was among the worshipers in the church at the time of the attack, adding that the injured are still receiving medical attention at military hospitals in the state.

Yakowa, on his part, said that the attacks on the military formation were most disturbing and urged security agencies to tackle the security challenges in the country.

He said, “There can not be development without peace and the need for peace should be the greatest project for us all now.”
The governor assured that the state government would pay the bills of those receiving treatment at the various hospitals in the state.

The Director of Air , Air Commordore Alechenu Ekagbo, is said to be among the injured persons.

It was gathered that Ekagbo whose residence at the Brigadiers’ Quarters is about 15 metres away from the scene of the blasts is in critical condition at the 44 Army Reference Hospital in the city.

It was also learnt that the officer who was resting in front of his house when the blasts occurred would soon be flown abroad for further medical attention.

“Anytime from now, he would be flown abroad,” a top military source said, adding , “we thought he was dead until we got the news this (Monday) morning that he’s alive but in critical condition.”

Chief Medical Director of the Ahmadu Bello University Teaching Hospital, Dr. Lawal Kalid , said on Monday that out of the 11 victims that were rushed to the hospital, two had died.

Kalid said the condition of the nine others in the hospital were critical.

At the 44 Army Reference Hospital , journalists and visitors were barred except for Army Generals and a medical team of the International Red Cross Society.

However, a source at the 44 Army Reference Hospital said 12 dead bodies were brought there yesterday (Sunday) while some of the injured were taken to ABUTH.

He added that among the dead brought into the hospital were “ two incomplete bodies”.

In Abuja, the Nigerian Army on Monday said it had set up a board of inquiry into bomb attacks.

Chief of Army Staff, Lt. Gen Azubuike Ihejirika, made this known just as President Goodluck Jonathan charged the Army and other security agencies to develop new strategies to eradicate terrorism in the country.

Ihejirika, in his first official reaction to the attacks, said they were saddening.

“The event of yesterday (Sunday) is certainly, a very sad one. A board of inquiry is already instituted to unravel what happened, which we believe could have been prevented,” he said during the opening ceremony of the Chief of the Army Staff Annual Conference in in Asaba, Delta State.

Jonathan had in his opening address read by the Minister of State for Defence, Mrs. Olusola Obada, said that only an integrated approach comprising all the security agencies would help in stopping terrorism in the country.

He said that increased collaborative efforts with other security agencies in the quest for new strategies designed to combat the menace of terrorism should be the focus of the period of deliberations during the conference.

According to the President, the major objective of his administration to actualise socio-economic development through job creation and development of infrastructure could only be realised in a peaceful and secure environment.

Jonathan also said the feat recorded by security operatives in the fight against terrorism reinforced his earlier position that terrorism would soon come to an end in the country.