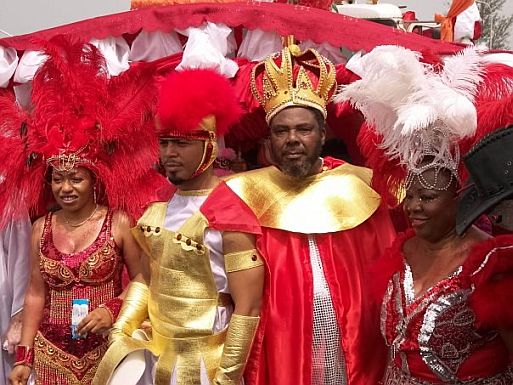 As the 2012 Calabar Festival kicks-off tomorrow with the lighting of the Christmas tree at the Millennium Park, there appears to be a scramble by tourists for Calabar-bound flights.

The Millennium Park, previously known as Eleven Eleven, was a memorial to mark the end of the World War 11. It is the grounds on which the remains of the unknown fallen hero of that war were laid to rest.

Interestingly, the Millennium Park, will for the first time host the first 15 events of the festival.

Due to this increasing demand from teeming tourists, who want to travel to the state to be a part of the festival, major airlines have announced more frequencies on the Calabar route.

One of such airlines, Aero Contractors in a statement to the organizers of the festival, disclosed that it was introducing “extra frequencies into Calabar from Lagos and Abuja with effect from 01 December, 2012”.

Meanwhile, the 31-day festivity is drawing dignitaries from all over the world.

For the tree lighting exercise, legendary South African composer and trumpeter, Hugh Masekele will be making a guest appearance.

The organizers of the festival are promising a bigger and better event this year.

Indeed, apart from the traditional activities, the organizers have introduced new events to the festival to ensure this year’s is the best ever.

Some of the new events introduced into the festival include the festival of Arts and craft. There is also the poetry slam and a 3 on 3 basketball competition featuring teams from the USA, Cape Verde and Nigeria.

Other innovations include a skating competition, premier of the movie, ‘streets of Calabar and Hot Wheels featuring biking clubs.