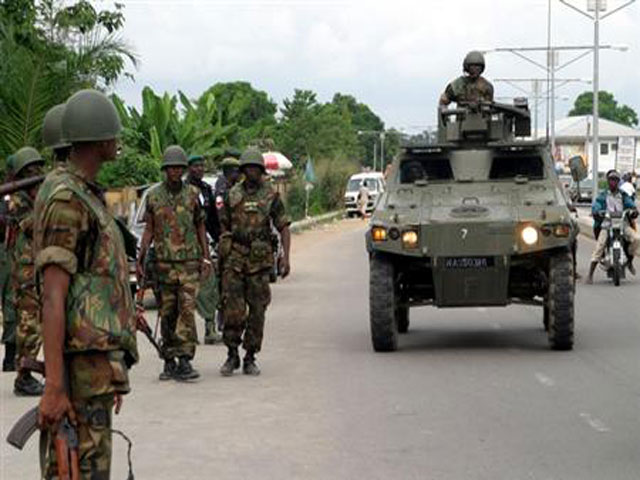 The Acting Governor of Cross River State , Mr. Efiok Cobham has called on the Nigerian Army to increase its surveillance against oil bunkering in the State.

The Acting Governor made the call in Calabar during a courtesy call on him by the Outgoing General Officer Commanding 82 Division of the Nigerian Army, Enugu, Major General Oluwasuen Oshinowo.

He said he the state is appreciative of the role of the members of the Nigerian Army in maintaining high level security in the state, thereby making Cross River Crime Free.

He further stressed the need for a mutual relationship and cooperation between the Army and the civilian populace to strengthen the democratic governance in the country.

He commended the GOC for a meritorious service to the nation, having risen to the rank of Major General.

Earlier, in his remarks, the General Officer Commanding 82 Division of the Nigerian Army, Enugu, Major General Oluwaseun Oshinowo, said his visit was to inform the State Government of his retirement from service, having served the mandatory years.

He thanked the State Government for the support and co-operation accorded the Nigerian Army, especially the 13 Amphibious Brigade in Calabar.

While soliciting the State Government’s continued support towards the Brigade in Calabar, the GOC, assured the Acting Governor of the Army’s preparedness in making Cross River a crime-free state.