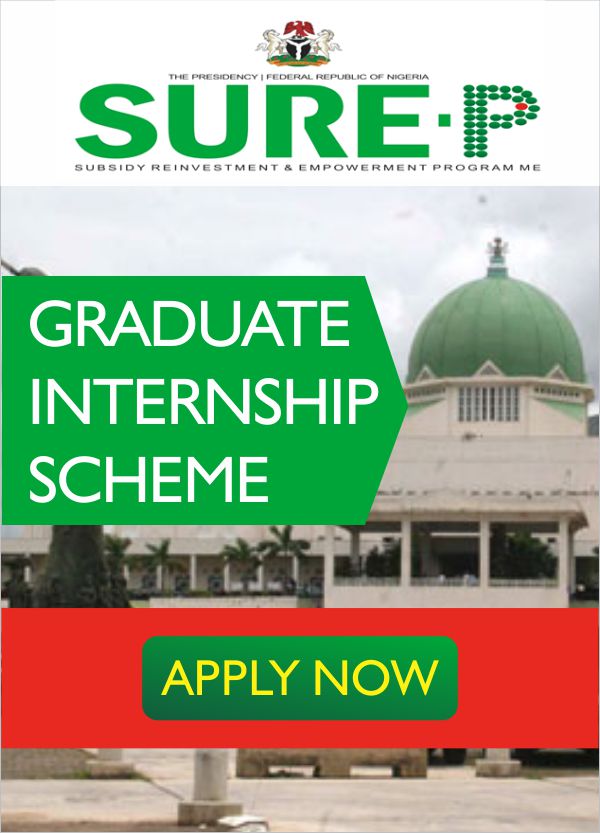 The Implementation Committee on the Subsidy Re-investment Programme in Cross River State on Tuesday said it would provide 10,000 employment opportunities in the state in 2013.

The state Chairman of SURE-P, Mr. Jarigbe Jarigbe, said this in Calabar during a workshop on the implementation of the programme in the state.

According to him, beneficiaries of the programme are expected to be paid N10, 000 monthly stipend.

He said the beneficiaries were expected to carry out some services within the communities and advised them to work hard to justify the good intention of the government.

He said, “It was also part of the campaign promises of our state government to create employment for the people.”

Mbora said the programme was meant for the unemployed and the vulnerable members of the society and advised the beneficiaries to avoid cheating.

He added, “You must be unemployed for you to benefit in this programme. There is no need for cheating. It is just like payment of unemployment allowance.”

Earlier, the representative of the Southern District in the committee, Dr. Ani Offiong, said the beneficiaries were expected to work for five hours each day of the week.

Offiong said the money was not meant for jamboree and called on the beneficiaries to brace for the challenges of community service.

He said, “You could be called upon to do anything five hours every five days in a week.”

culled from the Punch

By Archibong Jeremiah Information reaching our newsroom from News Agency of Nigeria, NAN, has it that Operation Akpakwu has clampdown

By Agosi Todo, The Guardian The Judiciary Staff Union of Nigeria (JUSUN) has decried request for negotiation of the 1999

By News Agency of Nigeria, NAN Gov. Ben Ayade of Cross River has introduced a Housing Scheme for Civil