Cameroun Sacks Over 1,000 Nigerians in Bakassi 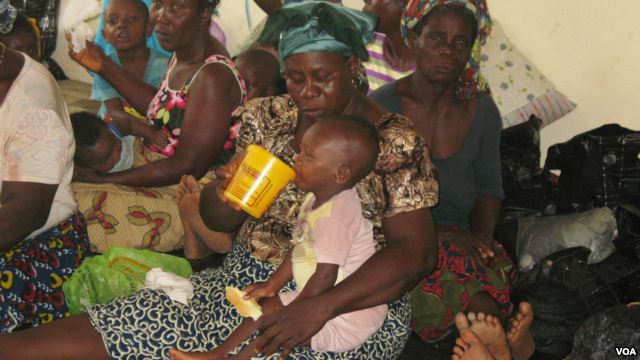 In an unbridled breach of the 2005 Green Tree Agreement (GTA), Cameroun has sacked over 1,000 Nigerians living in Bakassi Peninsula who had accepted Cameroun’s sovereignty.

Already, two women among the returnees have put to bed in their refugee camp in Akwa Ikot Eyo, Akpabuyo Local Council of Cross River State.

The GTA arrangement, based on the 2002 International Court of Justice (ICJ) judgment, specified that Nigerians could decide to live in the Bakassi Peninsula under Cameroun’s sovereignty without any harassment or molestation, but recent development is quite on the contrary.

Last year, the Cameroun authorities were reported to be harassing Nigerians in the territory, a development the Nigerian government frowned on.

A statement by the Chief Press Secretary to Bakassi Local Council Chairman, Mr. Eyo Eyo, said the victims of the latest harassment “were living in Efut Obot Ikot and its adjoining settlements have been forcefully ejected by Camerounian authorities.”

According to one of the returnees, who simply gave his name as Etim, “five people died in the stampede by Camerounian authorities while several others were wounded, as the people now are completely cut away from their sources of livelihood.”

A spokesman for the displaced people, Chief Asuquo Etim Asuquo, said the incident occurred on March 7 when Cameroun invaded their settlements, accusing them of militancy. According to them, several persons were arrested and taken away, and it is not clear what their fate was.

Reacting to the incident, Chairman of Bakassi Local Council, Ekpo Ekpo Bassey, said the council was disturbed by the sad development because it shares common boundary with Cameroun in the west.

He called for the Nigerian government’s intervention, as “such cases and other security challenges were rampant in the area” and a “violation of the Green Tree Agreement which guarantees sovereignty for Nigerians wishing to remain in the peninsula and the right to their sources of livelihood.”

By News Agency of Nigeria (NAN)  The National Industrial Court in Abuja on Tuesday declared as lacking in merit,