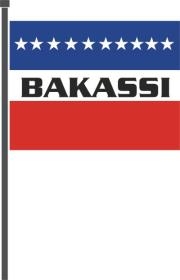 For casting aspersion and using unprintable words on their political leader, Senator Florence Ita-Giwa, over the plight of the refugees in the area, the Bakassi Peoples General Assembly, an assembly made up of prominent members of Bakassi, has described the local council Chairman, Dr. Ekpo Ekpo Bassey as a confused and sinking man who wants to reap where he did not sow.

The council boss had few days ago moved to relocate the refugees to Ikang, a move that was met with stiff resistance by the people who insisted on remaining where they are until they are resettled at the Dayspring Island which is an ideal place that will enable them continue their fishing occupation.

In a statement signed by a former Deputy Speaker of the Cross River State House of Assembly, Hon. Patrick Antigha Ene and a leader of the Assembly, the group noted that the council boss does not deserve a reply because everyone recognizes Senator Ita-Giwa as the real leader of the Bakassi people and had devoted time and resources towards improving the welfare of the people.

The statement reads in part: “We read in newspapers how the Bakassi boss accused our leader, Senator (Princess) Ita-Giwa of hiring crowds and brainwashing the people to resist relocation. It is a baseless and laughable allegation and responding to his rants will be tantamount to revering him but for the sake of the few that are not aware of the true position of things we deem it fit to enlighten them.

“The Council boss was aware of the people’s plight all along but he was not genuinely bothered about their plight. All he did was just to send some food stuffs to the people. Was that all the people need? Senator Ita-Giwa swung into action, rallied the State Emergency body and they brought relieve items to the people.

“He was intimidated by the barrage of reports and publicity that the media gave to the refugees because of Ita-Giwa’s involvement. He should remain the local champion that he is and respect nationally and internationally recognized individuals like Ita-Giwa.

The former Deputy Speaker noted that the people know their leader and would always listen to her. “You cannot force yourself on people who do not recognize you. Where was the chairman when the entire Bakassi people led by Ita-Giwa wore black and black accompanied by traditional institutions, men and women, old and young, protesting peacefully in the cities of Calabar, Lagos and visiting key media houses explaining why they should be resettled?”

By Ijioma Opara, The ICIR Inspector General of Police (IGP) Usman Alkali Baba has ordered all Commissioners of Police

Listen To The Report The Headlines: Police Dock Couple In Calabar For Beating Up Spokesperson One Suspected Monkeypox Cases

By Marcus Fatunmole, The ICIR The Nigerian Government disbursed N35.74 billion to 37 of its 55 hospitals from the COVID-19 Intervention Fund