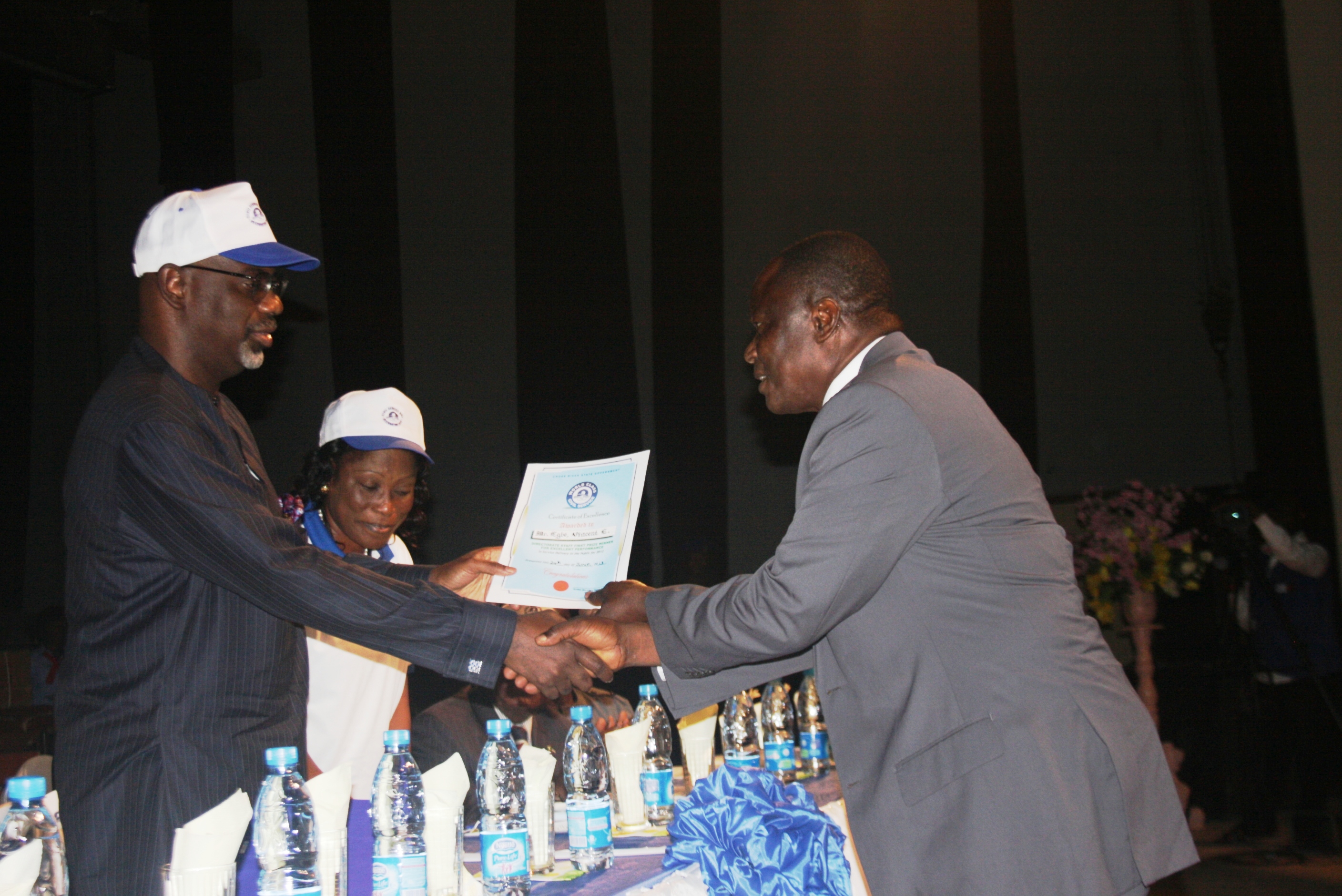 The Nigerian civil service which was painstakingly built since 1934 took the General Ibrahim Babangida administration only eight years to destroy through the Structural Adjustment Program which lasted from 1986 to 1994.

Senator Liyel Imoke, the Cross River State governor gave this reminder in Calabar on Monday while making a keynote speech to mark the State’s Civil Service Day held at the Cultural Center Complex in Calabar.

The governor said since the exit of the military, efforts have been made to rebuild the service but little success has been achieved which shows how easy it is to destroy than it is to rebuild.

“The civil service remains the hope of the vast majority of Nigerians and it has direct impact on the success or failure of any administration but in just eight years the Structural Adjustment Program instituted by the Babangida administration destroyed the values and dignity of civil service which have painstakingly been built since 1934”.

Governor Imoke said in the past there was no greater ambition for the average young person than to aspire to be a civil servant as such was a guarantee for a good life as the average civil servant was able to send his children to school, build a house, and buy a car; even the youth copper on passing out was able to buy a Volkswagen for a start”.

Senator Imoke called on civil servants in the state to function with the highest work standard, professional integrity, accountability and avoid corruption and complacency since the work they do serve as fundamental interface between government and the people.

“From the top to the bottom of the service ladder, we must always show that we deserve the office that we occupy and eschew the practice where somebody has to see somebody before his file can move from one point to the other”.

According to Senator Imoke, the lapses and malaise which characterized the civil service in the past occasioned by the action of its constituents seemingly eroded the trust and confidence of the people but those core values which have been eroded are being gradually restored especially in the state.

Senator Imoke who decorated civil servants who have distinguished themselves and won awards said next year, the star prize winner will be given a car. He added that civil servants in the state have made substantial progress having come from accepting examination as a yard stick for assessment and promotion which they earlier ejected to gaining ICT training.

Mrs. Mary Theresa Ikwen, the Cross River State head of service said the event was initiated by the African Union to celebrate the contributions of the civil service in the overall development of African Nations states which was adopted in 1994 in Morocco.

She said the theme for the 2013 celebration “Nigeria Public Service in the age of open Governance : Giving voice to the Citizens” was chosen by African Ministers of Service Bureau meeting in Adis Ababa, Ethiopia.

#EndSARS: Nigeria Lavishly Blessed, Rulers Should Not Be Objects Of Terror – Olumba Olumba

By Jonathan Ugbal The leader of the Brotherhood of the Cross and Star (BCS), Olumba Olumba Obu on Saturday

#Calabar: Ayade Relaxes Curfew From 6 To 6

By Archibong Jeremiah The Nigeria Police Force, Cross River State Command has disclosed that, most of the hoodlums that