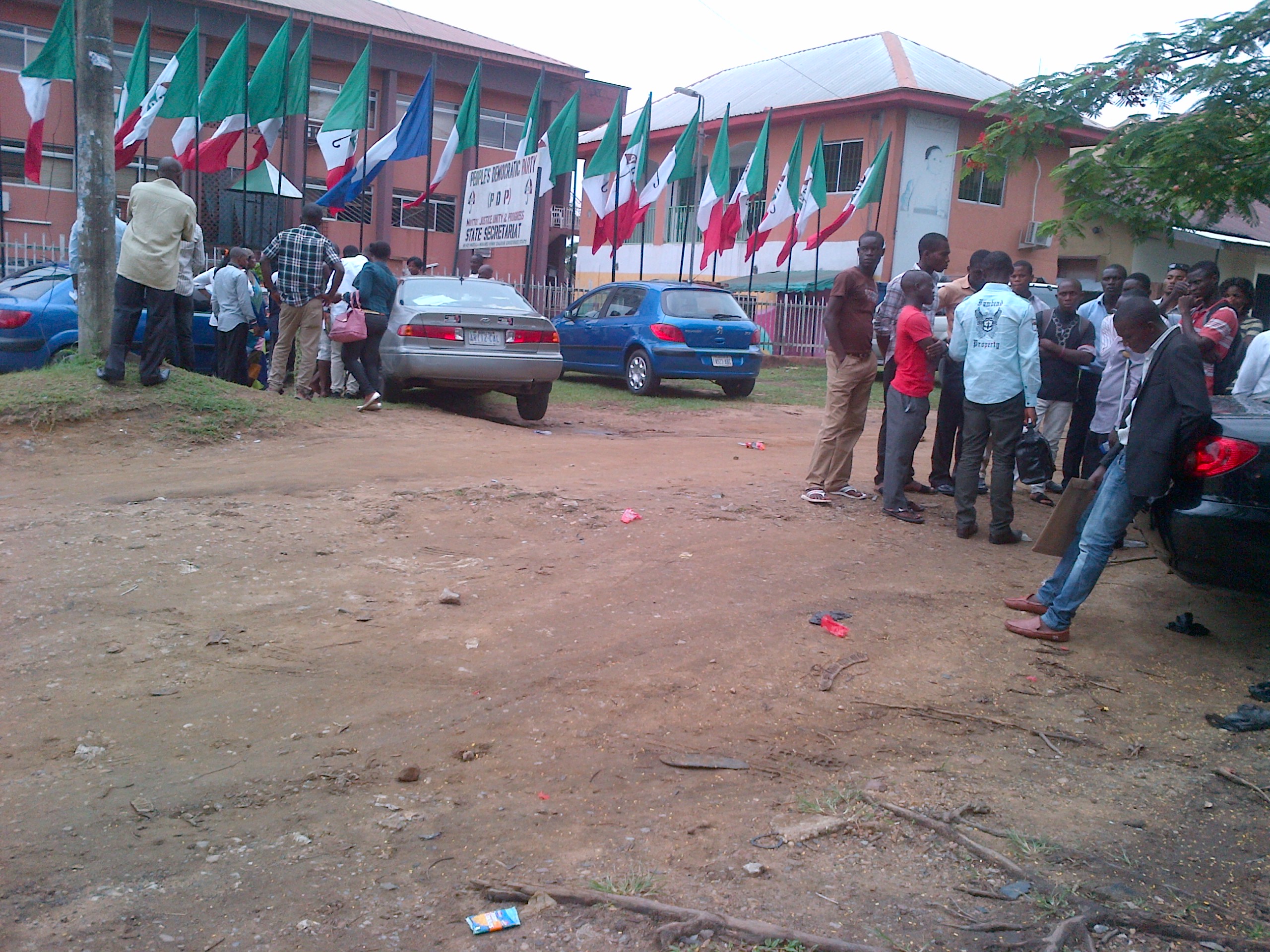 Lobbying and political horse-trading are the best words to describe what is currently going on at the Peoples Democratic Party’s (PDP) secretariat along the Muritala Mohammed Highway Calabar as aspirants for the councilorship positions and their backers stormed the secretariat to know what fate has prepared for them in the hands of the PDP Godfathers.

When CrossRiverWatch visited the ruling party’s secretariat, the atmosphere was tensed as political tugs and supporters of different aspirants littered the premises awaiting the outcome of the decision of the king makers.

When contacted, a top executive of the party in the state who preferred anonymity said there is no cause for alarm as those who will scale through the screening are already known to the party officials.

A male aspirant contesting for the chairmanship position in Akpabuyo Local Government Area was spotted in very high spirit as he cheerfully distributed money to some of his supporters and political tugs around the secretariat.

Also spotted at the party Secretariat was a female aspirant from Calabar South who is allegedly sponsored by the state deputy governor, Efiok Cobham with a cold look in anticipation of what a party official said was bad news from the party secretariat despite her acclaimed heavy political weight and background.

According to CrossRiverWatch findings, those who will make the list as candidates of the party were already known by the party leaders.

“We are used to the business of politicking in PDP, at last the wish of the caucus leaders and that of our leader(referring to the governor) must prevail”

“PDP is a one big family so don’t be disturbed about what you are seeing; it will soon be over” A party official told CrossRiverWatch.