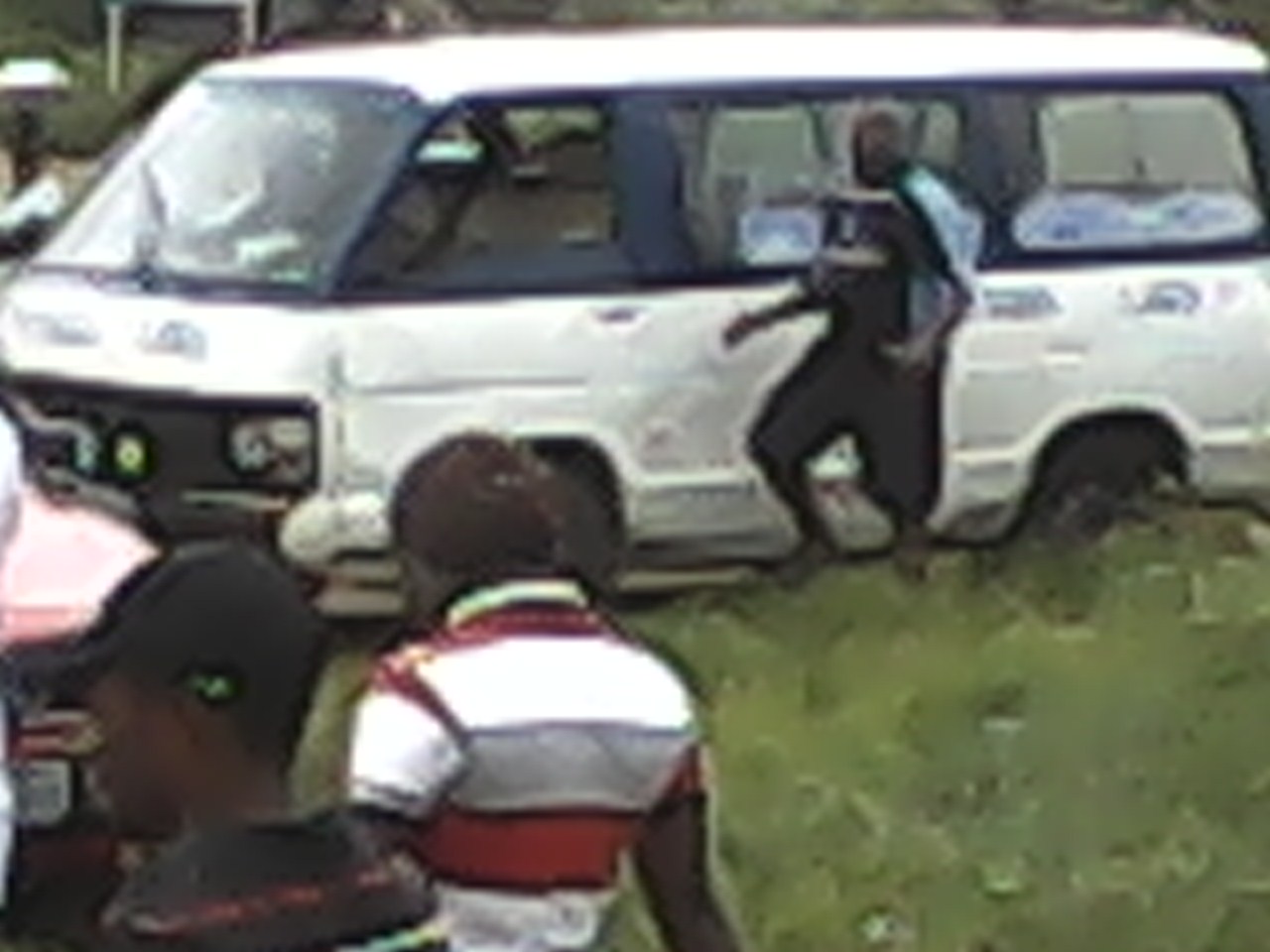 This may have been occasioned by the low turnout that characterized the election. After the arrival of the electoral officials, the only people available at the polling both were agents of PDP.

The opposition parties had no representative at the booth and voters too did not show up. The few who later did, started trickling in only later in the afternoon.

On arrival, the CROSIEC officials brought out the ballot papers and kept them on a wooden bench.

In this exclusive thirteen minutes video, there is a lady behind the ballot box who is an electoral officer of CROSIEC who was in charge of signing and stamping the ballot papers while the others surrounding her were thumb printing at will then the ballots will be taken to where they are kept while the police woman watches.

A clear scene in the third and a quarter minute to the fourth minute shows a guy wearing long sleeves shirt and another with a black T-shirt on black trousers thumb printing at will.

From the seventh minute, forty eight seconds to seventh minutes, fifty five seconds, some of the women are heard speaking in the background in Efik. They were discussing the arrival of the CROSIEC returning officer.

One of the women said she was a teacher at Government Secondary School Henshaw Town and she is wicked while others disagreed. She was within the perimeter but the multiple thumb printing still went on with impunity.

One of the machineries who spoke to our reporter casually said, “I am disappointed that even though the election was more or less a walk over for PDP they could still stoop so low to rig the election”.