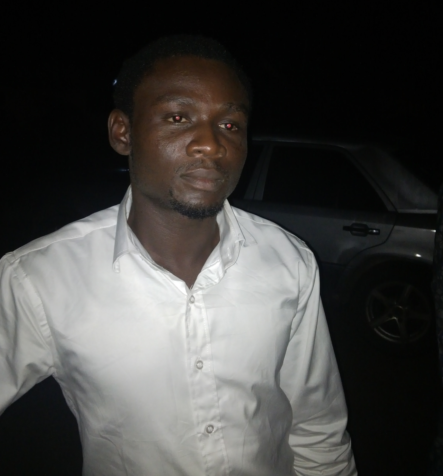 Comrade Effiong said this has become necessary owing to the hazardous effect of Unicem’s activities especially blasting in Akamkpa which has led to high rate of water pollution in the local communities and Akpabuyo.

The youth leader also joined the league of voices who have been accusing the management of the company of skewing their employment policy against indigenes of host communities.

“Employment rate and policies are so bent in recruiting certain tribes for selected level of leadership but most of all Cross Riverians are not highly placed, subjected to very harsh working conditions amongst others.”

The Akamkpa son disclosed that “When it is time for employment or appointment into key positions, publicity is very low and at the end only manual and temporal employment is given to indigenes with permanent staff highly dominated by foreigners.

“We solicited for certain percentage of employment for Cross Riverians but it fell on brick walls after which a communique was reached with the resolution that we in collaboration with Cross River State Political Network (CRIPSON) and other volunteers will stage a peaceful protest on February 18, 2013.”

He added that the relevant authorities were duly informed 7days before the set date. But “During the protest the men of the Nigeria Police, Army and State Security Service (SSS) were used to violate our fundamental human rights.

“3days later I and CRISPON Director General, Comrade Prince Abuo were arrested and detained at the SSS custody for over 4days where we were seriously beaten after which we were transferred to Afokang Prison and abandoned for over 6days until good spirited Nigerians interceded.

“As if that was not enough, Unicem and its cohorts charged us to court on alleged offences of attempted kidnaping, disruption of work amongst others. We stand on our ground no matter the outcome of the court judgment.

“We were blessed by our elders from the Traditional Council in Akamkpa and Akpabuyo, the host communities are five namely: Mbobe, Mfamosing, Abia-ti, Akan-Soko and Akwa Akot Effanga.

“They claim to have been paying royalties and other entitlements meant for the damages caused by them to who?”

Comrade Paul ended by saying, “I hope the justice system will not also be influenced by money.”