Senator Cries Out Over Insecurity in Cross River Community 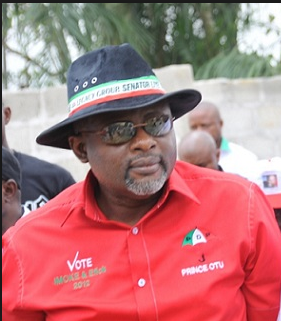 A senator representing Cross River South Senatorial District in the National Assembly, Prince Bassey Otu, and elders of Creek town in Odukpani Local Government Area have cried out over the spate of insecurity in the community.

They raised this concern following the recent kidnap of the father of the deputy governor of the state, Chief Essien Cobham, and his nephew, Chief Okon Akabom, from their residences in Creek Town to an offshore location.

Otu, in his reaction on Saturday called for the completion of the abandoned Marine Police Base in Creek Town.
He expressed dismay at the absence of a functional security post in Creek town.

Otu said, “The Police Station in Creek Town was established about 30 years ago and is ill equipped with skeletal personnel to combat crime especially of such magnitude.

“The station was supposed to be supported with a Marine Police Base but this was abandoned after the offices were constructed without a jetty that should provide anchorage for boats and river crafts.

“The facility would not only have provided security cover for that flank of Odukpani Local Government Area in Western Calabar but also assist to checkmate illegal oil bunkering, and timber logging which is now thriving along the estuaries of the adjoining Calabar and Cross River tributaries.”