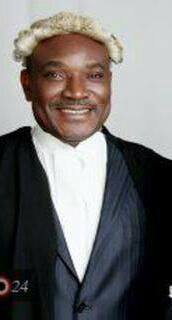 The “wise men” of Cross River State who took the political storm of the State at the end of the military rule in the country in 1998 and successfully toppled the old political establishment are known in Cross River political vocabulary as the ” Three Wise Men.”

They came from diverse but middle class backgrounds. I refer to them as Trioka or Triumvirate.

In Roman politics, there was a Committee of Three Rulers who were vested with the responsibility to run public administration or civil authority in the government system of ancient Rome.

So Senator Liyel Imoke; Donald Etim Duke and Gershom Bassey in 1998 formed the Trioka. The Trioka took over and have managed the affairs of the State since then.

In the Bible, the three wise men in the Book of Matthew 2:1-2 came to Bethlehem from the East to celebrate the birth of Jesus Christ.

They were known individually as Caspar, Melchior, and Balthazar (even though the bible does not give us their names, this information was derived from the encyclopedia), and jointly as Three Wise Men or the Three Kings.

In the politics of Cross River State, Senator Imoke; Donald Duke and Gershom Bassey are euphemistically referred to as the “Three Wise Men”.

The Three Wise Men through political sagacity, ruthlessness and paternalism have successfully established themselves as the most powerful and dominant faction of the State political elite.

The faction established by the three wise men has run the State unchallenged for the past 14 years. The faction has indeed made history for being the faction of the political elite that has led the State the longest since it was created on the 27th May, 1967.

I must confess; I admire these “three wise men” for their courage, vision and drive. However I detest with vehemence their Machiavellian and opportunistic variant of politics.

In 1998, the “three wise men” were young men. They had no strong financial muscles. They were dismissed as political novices by the then political establishment. Only one of them, Senator Liyel Samuel Imoke had some political experience as a member of the Senate of the Federal Republic of Nigeria between 1992-1993.

Donald Duke came into limelight when he was appointed Commissioner of Finance by the then Governor, Clement Ebri (CON) in 1992.

Gershom Bassey was the obscure political figure among the three wise men then in 1998. Their middle class families revealed thus: Senator Imoke’s father, Dr. Samuel Imoke was a Minister of Education in the 1950s in the defunct Eastern Region.

Donald Duke’s Father, Etim Duke was a Director in the Nigeria Customs Service and Gershom Bassey’s father, I understand was a Pharmacist.

So the three wise men decided that Donald Duke should run for the Governor ship of Cross River State in 1998 under the platform of the Peoples Democratic Party.

Undoubtedly the three wise men had some advantage over most of the politicians from the State. They had cosmopolitan taste and sophistication.

They had virility, swagger, agility and national political networks and connections with some national powerful and influential political blocs across the country. Imoke attended Mary Knoll College, Ogoja, and Federal Government College, Enugu, in the 1970s for his Secondary School.

So Imoke and Duke had some national visibility on account of old school boy network and contact. They immensely and effectively exploited these to their advantage.

When Duke challenged the eminent lawyer, Kanu Godwin Agabi (SAN) for the Governor-ship ticket of the PDP in 1998, pundits did not give him a chance. Kanu Godwin Agabi was a relation of Chief I. I. Murphy of Ogoja.

Chief Murphy represented Ogoja Urban in the defunct Eastern Nigeria House of Assembly in 1950s under the platform of the NCNC but switched to the Action Group as a result of the crisis that erupted in the NCNC in 1953.

The NCNC exerted pressure on Professor Eyo Ita, who was Leader of Government Business in the Eastern Regional House of Assembly to resign to pave way for Dr. Azikiwe.

The members of the Eastern Regional Assembly from the present Akwa Ibom, Cross River State, Bayelsa and Rivers State led by Dr. Okoi Arikpo; Chief I. I. Murphy; Professor Eni Njoku (from Arochukwu) vehemently protested against the treatment meted out to Professor Ita, decamped from the NCNC and formed the United Nigerian Independence Party, UNIP.

The UNIP later allied with Action Group and started agitation for the creation of the Calabar, Rivers and Ogoja State.

Chief Murphy was appointed a Commissioner by Brigadier Jacob Udoka Esuene in 1968 in the defunct South Eastern State.

In 1979, President Shehu Shagari appointed Chief Murphy, Chairman of New Nigeria Newspapers Limited, Kaduna. Chief Murphy was one of the bigwigs of the then National Party of Nigeria, NPN.

Kanu Agabi later resigned after disagreement with Governor Isong over policy implementation. Dr. Isong was the Governor of Central Bank of Nigeria between 1967-1975.

Kanu Agabi had shot into national limelight when he was appointed the Chairman of the Board of Directors of National Insurance Corporation of Nigeria, NICON. He was about 28 years old. He was called to the Nigerian Bar in 1971. He graduated from the University of Lagos in 1970.

In the 1970-1990s, NICON was rated the biggest insurance concern in sub Sahara Africa. It was Kanu Agabi as Chairman of the Board of NICON that awarded the contract for the construction of NICON HILTON Hotel, Abuja (now Transcorp).

Kanu Agabi was conferred with the prestigious rank of Senior Advocate of Nigeria in 1997 for legal scholarship and excellence. Kanu Agabi was perceived as brilliant, generous and enjoyed tremendous goodwill throughout the State.

However despite Agabi’s dazzling credentials and high State and National political visibility he curiously lost the PDP Governor ship Primary Election to Duke. Some political commentators attributed the victory of Duke over Agabi to the political shrewdness and maneuverability of the duo of Imoke and Duke.

Imoke had a facade of a quiet, taciturn and harmless. But underneath the facade, he is ruthless, calculating, intelligent and a shrewd political operator.

Duke is charismatic, intelligent, eloquent and ruthless. Duke has the uncanny ability to use charm and wit to unarm his unsuspecting detractors and opponents.

Gershom Bassey ‘s character is an ad mixture of calm, introvert and ruthlessness. These three are the “three wise men” who have cast a spell on the politics of Cross River State to the extent that they have attained the status of political indispensables.

The three wise men took time to study and understand the dynamics, political sociology and psychology of both the elite and the masses of the State so much so that it seems for now no other faction of political elite can match them.

They also seem to have a divine way of papering their differences and disagreements. Although there seems to be a crack between Imoke and Duke the duo have successfully managed it to the extent sometimes it is difficult for observers to agree that there is a disagreement between them.

Imoke has declared that he will support a candidate from his Party from Northern Senatorial District of the State to become Governor come 2015.

However this assurance has done little to dispel speculation and rumor that he is angling to anoint one of the three wise men, Gershom Bassey as the next Governor from his Party.

Pundits say that Gershom Bassey was favored more in the selection of Chairmen and Councilors candidates under the platform of the PDP for the local government elections in the Southern Senatorial District of the State.

This is surmised as an indication that Imoke wants to give his political machinery an advantageous position.

As 2015 inches closer, it is clear that other political factions in the State that dream to break the stranglehold of the three wise men have to do more.

However for now there is no glimmer of hope that the three wise men are ready to concede to other political factions save there occurs a political earthquake in the State.

Are we ready to rock the boat and de-mystify these men?

By News Agency of Nigeria (NAN)  The National Industrial Court in Abuja on Tuesday declared as lacking in merit,