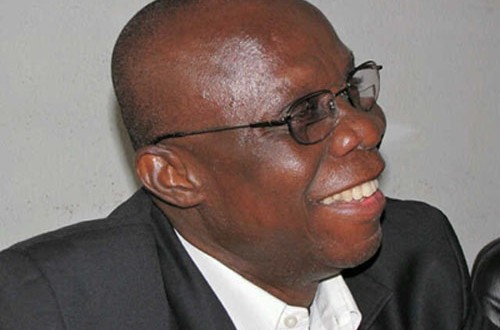 The fear of members of the Peoples Democratic Party (PDP)in Cross River state decamping to opposition party has made the party executive to re-introduce its code of conduct with a disciplinary committee in place.

The Code of conduct was reintroduced Wednesday when the party disciplinary committee was inaugurated at the Party secretariat along Muritala Muhammed highway Calabar.

State Chairman of the party, Ntufam John Okon while inaugurating the seven member disciplinary committee, stressed the need for all members to abide by the Party’s Constitution.

He said the exercise became necessary for the party to have a focus and be disciplined in all its dealing and constitutional responsibilities.

“Since the party constitution has discipline as its focal point, it becomes imperative for us at the state level to set up a disciplinary committee” he said.

The Chairman pointed out that the committee members are men and women of proven integrity, who will not disappoint the party, while hoping for a stronger, better and formidable party success come 2015 and beyond.

CrossRiverWatch findings however revealed that, most of the members of the committee are former political office holders of the party who have been allegedly sidelined and are considering moving to the new opposition party (APC) alongside their supporters and the disciplinary committee portfolio may only be a ploy to placate them.

The State Chairman pointed out to the committee that PDP is one big family and as such, all issues should be handled in a family way, insisting that for a party to win any election, it must always work together.

Elder Okon pledged the total cooperation of the State Executive Committee saying henceforth ‘ all relevant cases on discipline and misconduct will be referred to the disciplinary committee.

The Chairman called on the members of the committee to rise to the challenge, stressing that their assignment would not be easy.

The seven member Disciplinary Committee is headed by the immediate past chairman of Akpabuyo Local Government, Barr. (Mrs.) Josephine Effiom, while Elder Tony Ebri will serve as Secretary.