Create An Economic Zone In Calabar, Imoke Appeals to FG 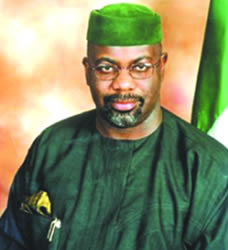 The governor made this appeal when he led a team of professionals, academics, business men and women as well as traditional rulers who were amongst members and lecturers of the ‘Class of 88’ of the Nigerian Law School to inspect the summit hills where a world class Convention Centre, Golf Course and Carnival Village are being built.

The Class of 88 of the Nigerian Law School were in Calabar as part of the Class’ 25th Years Anniversary celebrations.

Their visit to the summit hills was part of their interest to see what one of their class mates and governor of Cross River State is doing.

The governor while explaining the prospects and challenges of the projects to his class mates said the convention center, when completed will be a world class event center that will drive traffic to Calabar.

On the challenges Calabar is facing as an investment hub, Imoke said there is need for the federal government to establish an economic zone in Calabar where both air and the seaport will be duty free.

This according to the governor will be the only way to support the effort the State government is making to develop the economy and that of its neighbouring states.

“I’m happy that the Minister of Trade and Investment is extremely cooperative in what we are trying to do. Our appeal to the federal government of Nigeria is to create an economic zone in Calabar. It doesn’t make sense to have a free trade zone first of all and everything around it doesn’t support the development of free trade zone.

“Free Trade Zones in Nigeria don’t work unless we have an economic zone where major infrastructure is provided and most importantly, where places like sea and the airport are duty free.

“It is ridiculous that Calabar is the only city with two Free Trade Zones in Nigeria but both the airport and seaport are not duty free so it doesn’t work.” He lamented.

Since the 1991 elections that ushered in the Third Republic, in which the National Republican Convention (NRC) and the