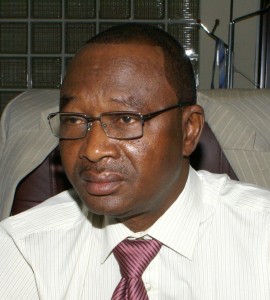 The expectation of cassava farmers in Cross River State to produce hybrid cassava in large quantity has received a boost from the government in preparation for the next farming season.

The farmers received a 36 million Naira loan from the Cross River State government to enable them cultivate in large quantity.

This was disclosed by the State Commissioner for Agriculture and Natural Resources, Mr. James Aniyom, in Calabar during the disbursement of loans to cassava farmers in the State recently.

The Commissioner stated that the disbursement followed due process through the Cassava Farmers Association with the ministry’s supervision with 242 cassava farmers as beneficiaries, stressing that more efforts are needed to access more funds from the 1.2billion naira allocated as loan to be disbursed.

He urged other aspiring cassava farmers to buckle up to meet the bench- mark, saying that the state has acquired 60,000 hectares of land in Nyametet, Obubra, where cassava will be grown to provide hybrid cassava plants for the farmers.

The commissioner advised cassava farmers in the state to see agriculture as a serious business, stating that government is using Nyametet to show how Cassava can be planted in the state all year round.

He said the association has signed a Memorandum of Understanding with Miragate Nig. Ltd on a buy-back of cassava tubers, adding that the company has also leased high quality cassava flourmill at northern industrial layout in Calabar to the association.

He commended the state government for disbursing the sum of 36.2million naira to the first batch of 242 cassava farmers.

He however, lamented that out of the 60,000 hectares projected for cassava cultivation, only 8,061 hectares have been secured from the said sum of 1.2billion naira allocated as loan to the venture.