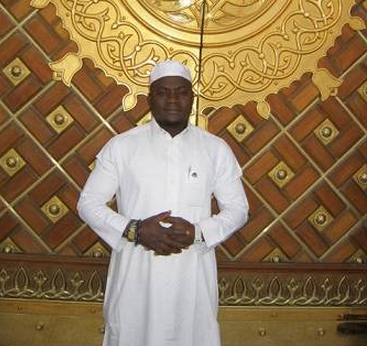 Tolerance by definition is the ability to bear with one another in spite of differences either in opinion, belief or knowledge as an indispensable factor for any meaningful progress and development of any society, nation or country.‎

Observers of the daily happenings in Nigeria today will rightly agree that religious intolerance is more than a topical issue because of its relevance to the survival of the Nigerian nation. It is a strong fact that the fear of religious intolerance seems to grip our dear country even more than the most fearful ailment and diseases.

One tends to wonder what could have been the cause of this present scenario as history can testify to the fact that this had hitherto not been the case in the days of our founding fathers.

However, even as these ugly maladies continue in some parts of the country, where suspicion of intolerance and ethnic/tribal sentiments continue unabated, Cross River State stands out among the 36 states of Nigeria and Abuja as state that yet immune from the trend.

Known to be first in almost all that keep Nigeria together till today; Sports, Culture, Diversity, Ethnicity, Religious Harmony and Tribal inclusiveness, even Security among the people and the government.

Findings by this writer among the ethnic and religious leaders in Cross River State can be an attestation to the fact and belief that truly not only the indigenes of the state believe in the acronym of the State Capital, Come And Live And Be ‎At Rest, (CALABAR) even the on -indigenes and the various religious faiths know and preach this to their faithfuls.

One wonders then why other states in Nigeria cannot see the Cross River State example of living together and continuing to be peaceful in an atmosphere devoid of religious or ethnic biases?

From the North‎ East to North West and even in some North Central states, the stories are the same. Stories of killings in the name of religion and ethnic differences is has become a daily occurrence.

If those mentioned are in the Northern part, what can one say about the nearby South Eastern state where a governor openly asked the non-indigenes to leave the state civil service on account of increase on the salaries of workers?

What about the recent scenario in another state in the East, where a sitting governor called on the citizens from the Northern part of the country to register their wards and visitors and be issued an identity card as his solution to insecurity and tackling insurgency.

This has never been the case in Cross River, instead, the government and the people continue to leave together in peace and harmony.

For about a century, Cross Riverians have continued to leave with their brothers and sisters from other parts of the country whether Muslims or Christians, the Yorubas, Hausas or the Igbos; what about the Ebiras, Nupes, Jukuns, Tivs, Ibibios, Ijaws, Itshekiris, Benins, Fulanis and Kanuris among other tribes that are readily found in Cross River State.

The Government understands their roles and included them in critical issues of the State that gives them a sense of belonging.

Take the Muslim Community in Cross River State for example, they have chosen the State as their home. From Calabar, to Akamkpa, Ugep, Ikom, Obubra, Obudu, Ogoja, Abuochiche to Sankwala up to the Hill of Obudu, they are found everywhere doing their legitimate and genuine businesses and contributing to the economic, political and social wellbeing of the State.

More importantly is the position the current leadership of the State led by His Excellency, Senator Liyel Imoke accorded the Muslim Community in the State. Since 2007 when he assumed the position of Governor, Imoke has given the Muslim Ummah their rightful place by celebrating Sallah with the leadership of the Ummah and contributing to their supplications through alms giving to break their Ramadan fast in all the Mosques in Cross River State.

He has consistently sponsored Muslims in the State to the annual Hajj operations in the Holy Land in Saudi Arabia as part of the Fundamental Principles of Islam, on a turn by turn basis.

He even included some of them in political offices as Special Assistants, Personal Assistants and even Chief of Protocol of a local government to encourage them to contribute more to the State’s political, economic and social development.

Developing of infrastructures within the Muslim Community settlements is also a case at hand where roads leading to the Muslim settlements are either being tarred or under constructions in Bogobiri, NNPC or Nasarawa Bakoko in Calabar, same as Obudu, Ugep, Ikom and Ogoja Urban.

As the Muslims in Cross River State join their counterparts world over to celebrate the holy month of Ramadan especially in the last ten days of the holy month where prayers proffered are being answered, I enjoin the Muslim Community to continue to pray for peace, unity and togetherness in Cross River State, a state that other troubled states should emulate as example of peaceful co-existence.

Join the Government of Nigeria particularly of Cross River State to preach global peace like Malala of Pakistan said that “there is no alternative to peace…..Islam stands, known and preaches peace…….”

Even as I’m writing this piece, Gbenga Aruleba of AIT is joined in a panel of discussion with a former deputy governor of Plateau State, Dame Pauline Talen, Mike Omeri of the National Orientation Agency, NOA and a security expert, Max Gbanite discussing the way forward of the level of insecurity in Nigeria using “Chibok Girls” as a case study. This is not good enough for our country and the Muslims in particular.

Let’s join the government of Cross River state to continue to make the State a peaceful one where everyone should find their beliefs and practices accurately without fear of favor. Cross River State is indeed a symbol of peaceful co-existence in Nigeria.

Rasheed Olanrewaju Zubair is a journalist, public commentator and Coordinator of “The Muslim Servant” in Calabar, Cross River State.

By CrossRiverWatch Admin Nigeria’s President, Muhammadu Buhari has cut short the four year tenure of the Chairman, Board of