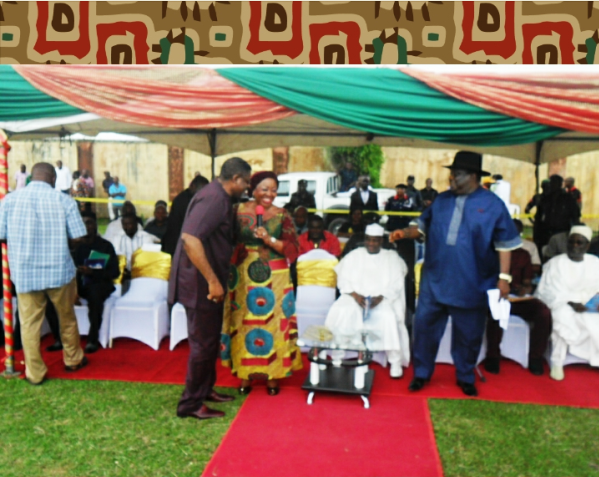 The Speaker of the House of Representatives, Alh. Aminu Tambuwal has called on Federal Legislators to promote youth and women empowerment in their constituencies in order to assist in reducing the rate of unemployment in the country.

Tambuwal made this appeal at the weekend in Calabar during the empowerment program of Hon. Essien Ayi, the Federal Legislator representing Calabar South, Akpabuyo and Bakassi Federal Constituency in Cross River State.

He said he was willing to encourage members of the Lower House to give back to their constituents by personally attending such programs.

Tambuwal, who was visibly excited at the items that were given to the 107 members of the constituency, which included cars, computers, hair dressing equipment, among others, said the challenge facing the present administration was job creation and appealed to wealthy Nigerians to bridge the gap by generating ideas that could help solve the problem.

“I would want to see more of this from our Federal Lawmakers and I promise to personally attend such a programs to encourage them. Of course, programs like this touch directly on the lives of the people,” Tambuwal said.

The Speaker commended Pastor Essien Ayi for identifying with his constituents and called on other Legislators to emulate his example.

Also speaking, the state governor Sen. Liyel Imoke said youth and women empowerment was a mandatory obligation of any representative of the people.

He said representation comes with the duty to identify with the people and to bring democracy dividends to them, which according to him, will reduce joblessness and poverty in the society.

“Empowering the people is an obligation to any representative. If you want to represent the people, you must tell them what you will do for them. We have gone past the time when the people cannot ask their representatives what they have been able to achieve for the people,” Imoke stressed.

He also commended Pastor Essien Ayi for exhibiting what he called an exemplary leadership by donating fifty cars and other empowerment items to his constituents and urged beneficiaries to put the items to good use.

On his part, the Director-General of National Directorate of Employment, Mallam Abubakar Mohammed, whose organization partnered with Essien Ayi to train the beneficiaries, said the organization ensured that all the artisans among the beneficiaries were properly trained to provide opportunities for others and assured that there will be reduction in the labor market.

The Rep., Pastor Essien Ayi said he was only fulfilling his promise to his people as he had empowered the people in the past, “though not at a scale such as this.”

Highlights of the occasion was the presentation of 50 cars of different brands to some beneficiaries, including five Pastors, more than 100 computer sets, sewing machines, lawn mowing equipment, among other items.