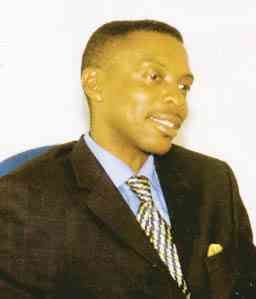 Cross RiverWatch has it in good authority that Architect Bassey Ndem, the Managing Director of Tinapa Tourism and Leisure Resort has been relieved of his position by the Cross River State Governor, Senator Liyel Imoke.

Though the sack is yet to be officially announced, a source close to the governor said the man has been relieved of his office and the Special Adviser to the Governor on Debt Management, Mrs. Roseline Effiom has since been asked to take full charge of the multi billion naira infrastructure.

Though no reason has been given for the change of baton at the Tinapa for which the state is heavily indebted to the consortium of banks led by UBA which financed the construction of the place, a source said it may not be unconnected with the apparent poor handling of the sale of the place to AMCOM which was handled by Architect Ndem.

Paul Eko, the Information Officer of Tinapa told CrossRiverWatch that what is being awaited is the formal handover by Architrect Ndem to Mrs. Effiom which is likely to come up before the end of this week or early next week. “A date has not been fixed for the handover but it is likely to be this week or next but I shall inform you when that happens” Eko said.

Ndem, who was one of Mr. Donald Duke’s kitchen cabinet member was given charge of the place after the exit of Anani the pioneer Managing Director apparently to give credence to the fact that Senator Imoke is committed to the success of Tinapa which was a flagship project of the Duke administration.