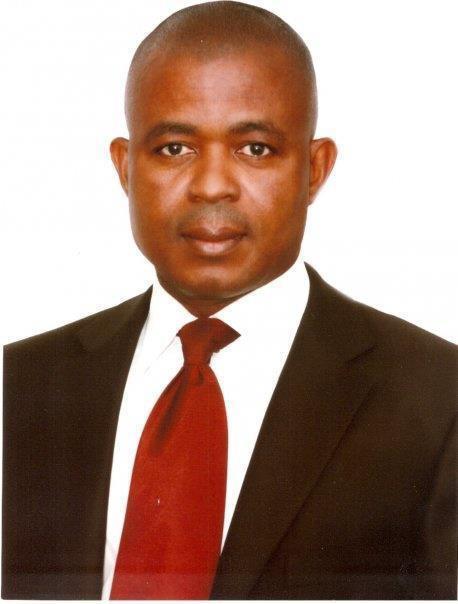 I have stated in an earlier write-up on events unfolding towards a post-Imoke era in Cross River State that the Peoples Democratic Party (PDP) caucus system will confer the advantage of producing the party’s flagbearer more on Senator Liyel Imoke’s camp than the Ndoma-Egba/Jedy Agba camp.

And, if the grapevine is anything to go by, the options in the governor’s group are narrowing down to the last five men standing, with the current Secretary of the National Planning Commission, Ntufam Fidelis Ugbo; and the current Commissioner for Works, Barrister Lego Idagbo, believed to be leading the pack.

That article was titled: “Cross River 2015: Sleepwalking to Government House”. Not much has changed since that piece was published about three months back besides, of course, the resignation of Mr. Goddy Jedy-Agba, as Group General Manager (GGM) of the Pipelines and Products Marketing Company (PPMC), a subsidiary of the Nigerian National Petroleum Corporation (NNPC).

The resignation is a major statement of intent by Jedy-Agba, a step no aspirant in the Imoke camp has been audacious enough to take so far.

Having listened to the governor’s sermon on his unwillingness to anoint or appoint a successor at the Obudu Mountain Resort, it is apparent that most of the aspirants may be having a rethink and opting instead to keep their jobs to the end of the Imoke administration in May 2015.

In other climes, especially the United States, the influence of an incumbent counts for nothing, moreso an incumbent on his way out of office. However, that is not the case in Nigeria.

In Cross River State, the continuous tinkering with the senatorial and local government caucuses which has seen the likes of former Environment Commissioner, Dr Sandy Onor (currently Director General of the Jedy-Agba Campaign Organisation) being thrown out of the Central Senatorial Caucus will greatly lessen the possibility of Goddy Jedy Agba pulling a surprise “dark horse” emergence as the PDP candidate in the state.

And, as I said in that piece, Mr. Jedy-Agba could make an instant hit in the opposition All Progressives Congress (APC). But he can chose to remain in the ruling PDP and become a loyal chieftain queuing for some future or not-so-future appointment.

That said (and as has happened many times in history) nothing in politics, and in life for that matter, is cast in stone. Anything, and everything, is still possible.

It has been said that President Goodluck Jonathan has entered a pact with outgoing governors to allow them have their way in chosing their successors. Stories have it that the President accepted the deal in exchange for the governors’ support for his re-election bid in 2015.

However, these sources say Jonathan accepted the governors’ request with the proviso that only out-going governors not seeking election to the senate would be granted the privilege to nominate successors. Many of these second termers (Akwa Ibom’s Godswill Akpabio, Benue’s Gabriel Suswam and Niger’s Babangida Aliyu, among others) are reportedly interested in picking PDP tickets to the senate, but Liyel Imoke said at his 53rd birthday ceremony that he is not running for senate. So, it might be safe to say he’s met the condition to pick a successor.

With that guaranteed scenario where Imoke directly or indirectly names the PDP candidate (and possibly, the governor), the real battle might just shift away from the governorship to the senatorial zones, especially the race for the Cross River Central district where stories have it that Representative John Enoh plans to tackle incumbent Senator Victor Ndoma-Egba.

That should present an interesting scenario as both men have been exceptional in the performance of their duties in the senate and House of Representatives respectively.

Infact, Ndoma-Egba is Senate Majority Leader while Enoh occupies the chair of the House Committee on Appropriation having previously chaired the Committee on Finance.

Therefore, when it comes to performance, both lawmakers score excellent grades. Their presentations on and off the floor of their respective chambers have been highly cerebral and this has earned them respect from within and outside the National Assembly.

They have also undertaken empowerment programs and awarded scholarships in their constituencies which have seen their supporters acquire skills in various professions and cruise around in different brands of vehicles.

With both men being outstanding jobwise, other factors would form the yardstick to determine who takes the advantage in the race to represent Cross River Central Senatorial District in Abuja in 2015.

Enoh has made it clear he is done with the House of Representatives after three terms and wants a bigger mandate in the senate. Ndoma-Egba on his part has unfolded plans to go for a 4th term in the senate.

The first factor has to be the choice of the PDP hierarchy in the state as expressed through delegates. The delegates at the senatorial primary election are well known. They include the Governor (Liyel Imoke); the senator representing the district (Victor Ndoma-Egba); the three representatives from the central senatorial district in the House of Representatives, namely, John Owan Enoh (Obubra/Etung); Bassey Eko Ewa (Abi/Yakurr), and Christopher Etta (Ikom/Boki).

Other delegates include all PDP members of the Cross River House of Assembly from the senatorial district, elected chairmen of the six local government councils, chapter chairmen and secretaries of PDP, State PDP executive members as well as local government and ward caucus leaders in the district, among others.

These delegates will vote to decide the PDP candidate for the Cross River Central Senatorial district. It goes without saying that Imoke will have a strong influence in the process because the current party structures are his.

A good percentage of the delegates listed above will do the governor’s bidding (as they have done severally in the past), and the current polarization of the PDP in the state along the Liyel Imoke/John Enoh versus Jedy Agba/Ndoma-Egba camps will certainly affect the primary election.

This suggests that it would boil down to the number of delegates Jedy-Agba and Ndoma-Egba can bait to their camp. And, anyone who has witnessed PDP’s states and national conventions closely since 1999 will confirm that tempting delegates from an incumbent’s camp, though not an impossible task, is usually never easy.

From the foregoing, the emerging scenario seems simple: victory for Jedy-Agba as governor would lead to a triumph for Ndoma-Egba. Conversely, a thrashing for Agba (either in the PDP primary or in the governorship polls) might also mean Ndoma-Egba kissing the senate bye.

It may be argued that while Jedy-Agba will be seeking votes from PDP delegates across the state (if he choses to vie for the seat on PDP’s platform) or from the electorate across the three senatorial districts in the general election, Ndoma-Egba and John Enoh need only votes from six LGAs to decide their fate.

However, the way things are currently playing out in the central senatorial district, support for Jedy-Agba seems to be synonymous with support for Ndoma-Egba. So, while the senate leader will be traversing the six LGAs that constitute the senatiorial district – Abi, Yakurr, Obubra, Ikom, Etung and Boki – trying to convince delegates or the electorate to cast their votes for Jedy-Agba, it is expected that John Enoh will be doing same for Governor Imoke’s preferred, as-yet-unnamed, candidate.

With Imoke reportedly backing John Enoh, plus the fact that the PDP structures in the senatorial district (and the state) are answerable to the outgoing governor, it won’t come as a surprise if Enoh trumps Ndoma-Egba at the senatorial primaries and goes ahead to beat whoever the APC throws up. That might also translate to a win for the pro-Imoke candidate in the gubernatorial polls (be it Fidelis Ugbo, Legor Idagbo, Patrick Ugbe, Peter Ojie, Larry Odey or any other candidate the governor supports).

However, the Jedy-Agba movement can only rock the Imoke boat if it exits the PDP in time to appeal directly to the electorate rather than to a group of delegates assembled by Governor Imoke and the PDP. Were this to happen, the journey to Pelegrino House in Calabar would be stiffer than anticipated.