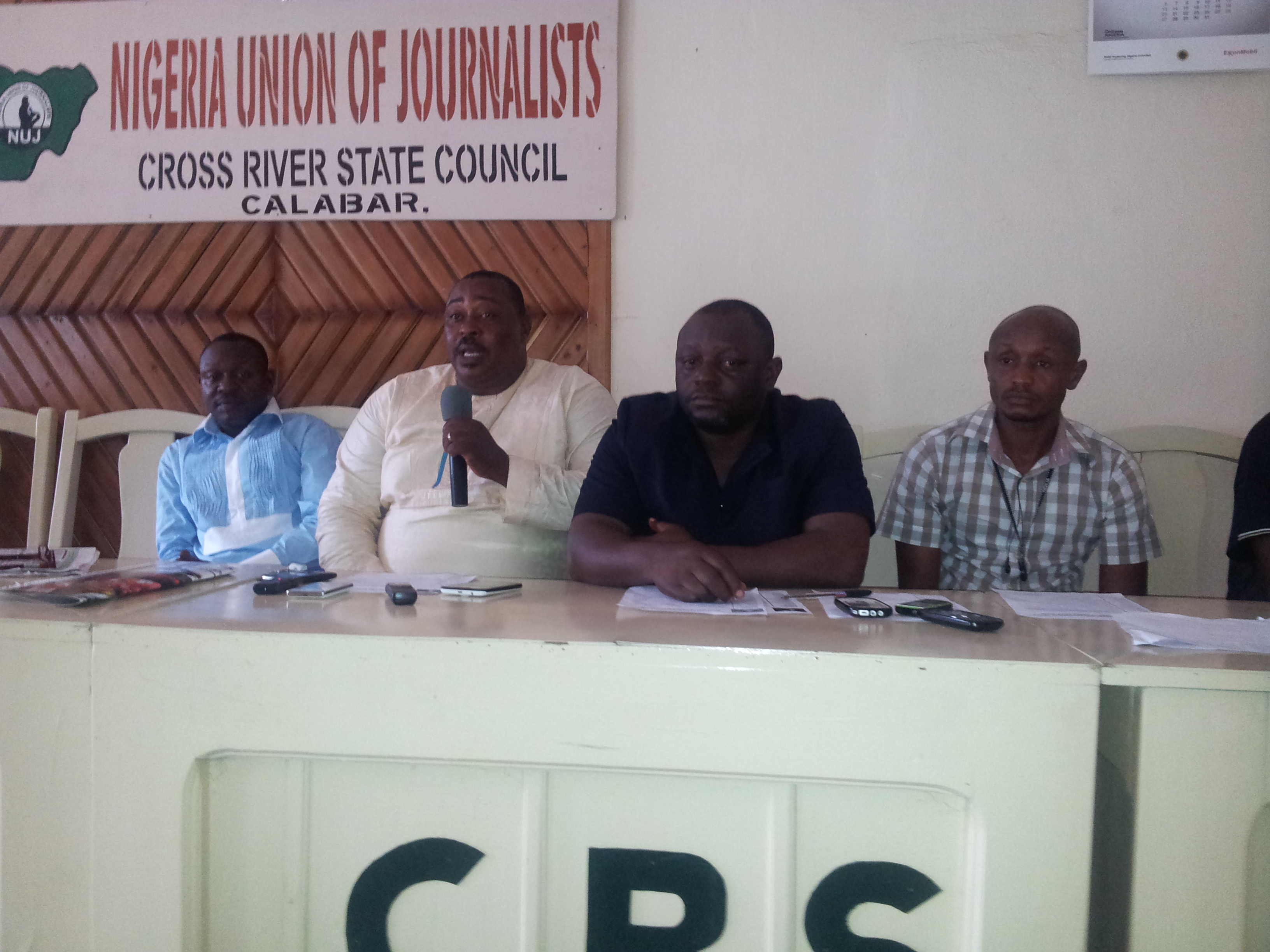 Journalists, Media Practitioners and other major stakeholders in the information management sector in Cross River State have urged members of the Nigeria Union of Journalists to eschew violence, character assassination and campaign of calumny during their forthcoming delegate election to elect the new executive of the union for another three years.

CrossRiverWatch findings reveal that the tenure of the present executive led by Pastor Ndoma Akpet will expire on the 8th of March 2016 ‎and already the Credential Committee of the Union have fixed March 19th, 2016 for the election.

Some stakeholders who spoke with our reporters in Calabar said a vibrant leadership that will protect, defend and rejig the NUJ is what is needed at this critical time for the Cross River State ‎Council.

According to a practicing journalist and former Chairman of the NUJ in the state who preferred anonymity, “The Union is in desperate need of a ‎vibrant team to revitalize the moribund press center that is bereft of activities and development.

“If the members need to be told, they should go to other states and see what is happening in NUJ as an agenda setting union and the defender of democracy where common people can run to and get quality advice on how things should be done.

“What about activities at the press centre, training and retraining of members in tune with global best practices? They should go to neighboring Akwa Ibom, Rivers, Abia among others and see.”

Another veteran journalist and stakeholder in the Union, Mr. Joseph Ekpeyong said, “Truly speaking, Cross River State council of NUJ ‎needs a rebirth at this critical time for people like us to be proud of.”

Publisher/Editor In Chief of CrossRiverWatch, the state’s largest online media platform, Agba Jalingo, was more frontal in his reaction.

While speaking on the forthcoming election, he told this reporter that: “Elections of the Nigeria Union of Journalists, NUJ ‎as an agenda setting body is by no means a small poll due to their role in the society and anyone willing to be at the driver’s seat must prepare to lead by example and show quality, unbiased and sacrificial leadership.

“In Cross River State for example, the likes of John Ogbedu, Ekpo Okon (former PDP Chairman in the state), Unimke Nawa, Willy Okokon, Sam Egbala, Omini Oden, to mention but a few, have led the union to the best of their capacity and ability while demonstrating capacity to turn around things in their little way with a record of purpose. The same cannot be said of the Union under Pastor Ndoma Akpet.

“During his campaign for a first term, he promised:

-Training and retraining of members

-An International Institute of Journalism, IIJ in Calabar that will enable non professional members to qualify

-To establish a Journalists Village through acquisition of land from government

-To introduce a cooperative to ensure members get soft loans to change their lives. None of these promises have been fulfilled to the best of my knowledge. Rather than making progress, the union under his three years leadership cannot even recharge the DSTV in the office for months and that is supposed to be a secretariat for journalists. So anyone who supports the re emergence of that sort of inept leadership does not mean well not only for the Union, but also for Cross River State as well as journalism profession in the state.”