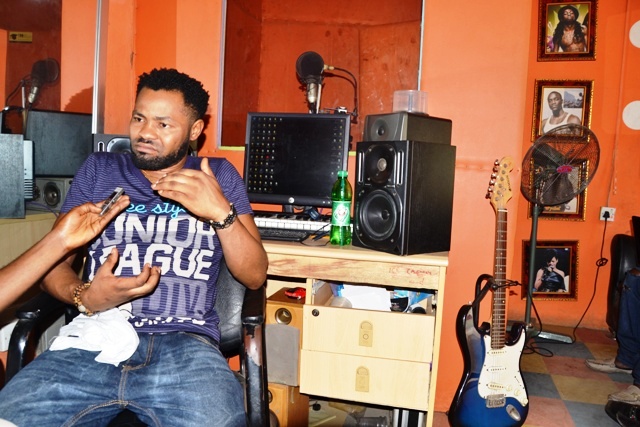 B Star, Cross River music producer has revealed that there is no love and cooperation among music producers and entertainers in the State.

The CEO of Super Gal Productions expressed his dissatisfaction over what he described as “stiff rivalry for money and fame by music producers in the State”, over the weekend in an interview with our reporter.

According to him, “being in Calabar as a producer for seven years, there is no uniformity, decorum or coherence in decision making from the head of the music industry to the producers and consequently the up-coming artistes in Cross River State.”

He pointed out that there is presently no fixed priced per track for up-coming artistes in the state which creates an imbalance in the price rate among Calabar music producers.

He said the development is hampering some producers from offering their best to their artistes which is consequently taking a toll on the content quality of production.

B Star then called on producers, home artists and up-coming artists, to come together and have a strong governing body because, “it is by these associations that we can get collective support and learn how to love each other”.