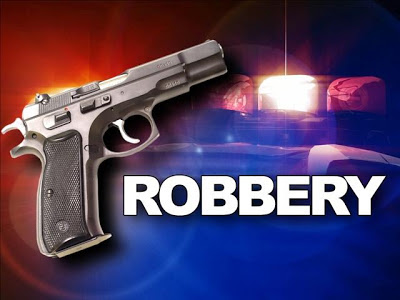 Two different robbery attacks which occurred at about 1pm in University of Calabar Teaching Hospital (UCTH) and another at about 5:25 in Express Supermarket located at Mount Zion street all in Calabar, capital city of Cross River have left two people dead.

Narrating the attack in UCTH, an eye witness said that the robbers numbering about four who were fiercely masked and armed with dangerous weapons, attacked staff of United Bank of Africa, UBA who were loading money in the Hospital ATM.

According to the source, a staff of the hospital who didn’t want her name in mentioned as she was not authorized to speak on the issue, said the bank driver who refused to cooperate with the robbers was shot and died at about 3pm in the emergency ward of the hospital.

“Yesterday was hell for us. At about 1pm, over four fiercely masked robbers with dangerous weapons attacked UBA staff operating the bank ATM attached to UCTH and carted away all the money they came with to refill the machine.

“Their driver who was not willing to cooperate was shot and he died at the emergency ward of the hospital at about 3pm yesterday”.

The source said that no facility of the hospital or patient was attacked in the incident.

In the same development, there was another robbery attack in Express Supermarket located at Mount Zion street, Calabar South Local Government Area which reportedly claimed one life.

When our reporter visited the place, a staff of the supermarket who was unwilling to speak on the issue and refused to give his name said that, they were robbed on Monday night at about 7:15 with cash and goods worth millions of naira carted away.

The source who refused to confirm the death of the person shot however said that their manager was shot on his stomach because he attempted to challenge the robbers.

According to him, “This is not the best time for me to talk about this and besides, we have been warned not to give information anyhow. So what I can confirm to you now is that we were robbed and we lost goods and cash worth millions of naira.

On the casualty level, he said that, “Yes our manager was shot on his stomach and that’s all I can tell you now”.

When contacted, the state Police Public Relations Officer, Irene Ugbo confirmed the incidents and said police were on the trail of the criminals.

She said, “Yes it has been confirmed that the UBA driver died in the robbery attack yesterday. For the one in Mount Zion, I can’t confirm if they was casualty or not but there was a robbery attack in the supermarket around the area on Monday night”.

By Archibong Jeremiah By-election into the Senate and House of Assembly in Cross River State is ongoing. Electoral materials

Cross River Bye-Election: Police Restricts Movement, INEC Yet To Respond To Allegation Of Compromise By Officials

By Archibong Jeremiah The Cross River State Commissioner of Police, CP Abdulkadir Jimoh, has ordered a restriction in movement