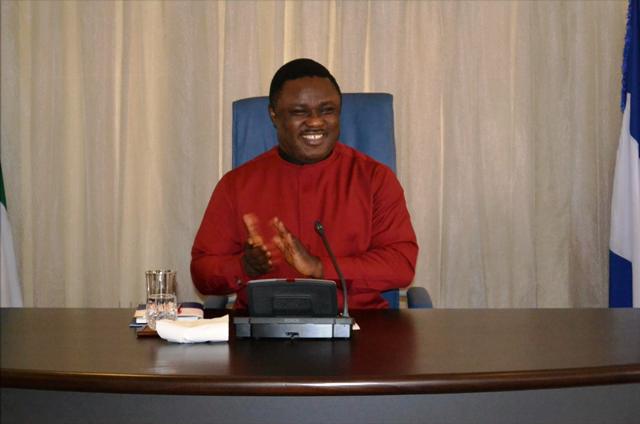 Governor of Cross River State, Senator Ben Ayade has dissolved the leadership of the all the local government councils in the state except Bakassi LGA and has directed all the outgoing LG bosses to hand over to their respective Heads of Local Government Administration, HOLGA latest by Friday, December 16, 2016.

The tenure of the incumbent chairmen expires today Thursday, December 15, 2016 and from all indications, the Ayade administration is not ready to hold fresh election sparking speculations that the governor has made up his mind to constitute caretaker committees in the 18 local councils for the first time since 1999.

Special Adviser to the governor on Inter Party Affairs, Austin Ibok, had earlier said on a current affairs program on radio in Calabar, ‘The Dialogue With Agba Jalingo’ that the State government requires six billion naira to conduct the Local Councils election.

In a press release signed by the Secretary to the State Government, Tina Agbor, the governor directed that, “following the end of tenure of the current Local Government Administrations in the state on Thursday, December 15th, 2016, the state governor, His Excellency, Senator (Professor) Ben Ayade, has directed all out-going chairmen of councils with the exception of Bakassi Local Government Council, to handover to Heads of Local Government Administration (HOLGA) in their respective local governments. Handover should take place on or before Friday, December 16, 2016.”

Governor Ayade commended the out going council chairmen for their service to the state and wished them well in their future endeavors.

The Heads of LG administration who are supposed to take over from the outgoing chairmen are also said to be meeting with the Deputy Governor for briefing on their new assignment by Friday December 16 in his office.

Do More Reportage On Gender Based Violence, Stakeholders Urge Journalists

By Patrick Obia Journalists have been beckoned at to synergize with all in gender based activities, for proper reportage