28 Pensioners Die In Cross River Over Non-Payment Of Entitlements 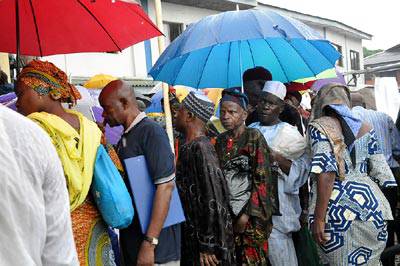 The Chairman of the association, Mr. Okosin Bassey, made the claim in a statement he issued in Calabar on Wednesday.

The Association of Cross River State Local Government Pensioners has lost 28 members from June, 2016 till date, due to non-payment of their pension entitlements.

The Chairman of the association, Mr. Okosin Bassey, made the claim in a statement he issued in Calabar on Wednesday.

He blamed the development on “the inefficiency of the consultant engaged by the State Government to verify the pensioners with a view to eliminating ghost pensioners’’.

Bassey explained that the verification which was carried out by Techvite Consultants in June 2016 was “faulty, misleading and filled with confusion’’.

He described the consultants as inexperienced young school leavers, who had no idea of managing payment systems.

“The consultants that were employed to do this job did not settle down for the work they were hired to do.

“The consultants would go to the radio to announce verification venue and date when in the actual sense, they were not ready for the exercise.

“As a result, these elderly men and women were dragged from their homes, visiting locations and hospitals to the venue of the exercise and sometimes the consultant would not be there.

“Over 28 of our members have died within this period through man’s inhumanity to man, arising from non-payment of seven months pension arrears.’’

Bassey said that the verification of 4,120 pensioners claimed to have been carried out by the consultants was characterized by faulty and questionable data.

“During the exercise, questionable names were injected into the names of pensioners. Some pensioners were paid between one and two years in advance.

“Over 600 out of the 4,120 that were verified have their data wrongly supplied to the banks by the consultants. All these irregularities are affecting us so much.

“Also, the consultants have bluntly ignored to include the names of over 600 pensioners, who were newly retired between the months of June to December, 2016.

The chairman stated that members of the association would no longer attend verification, handled by consultants.