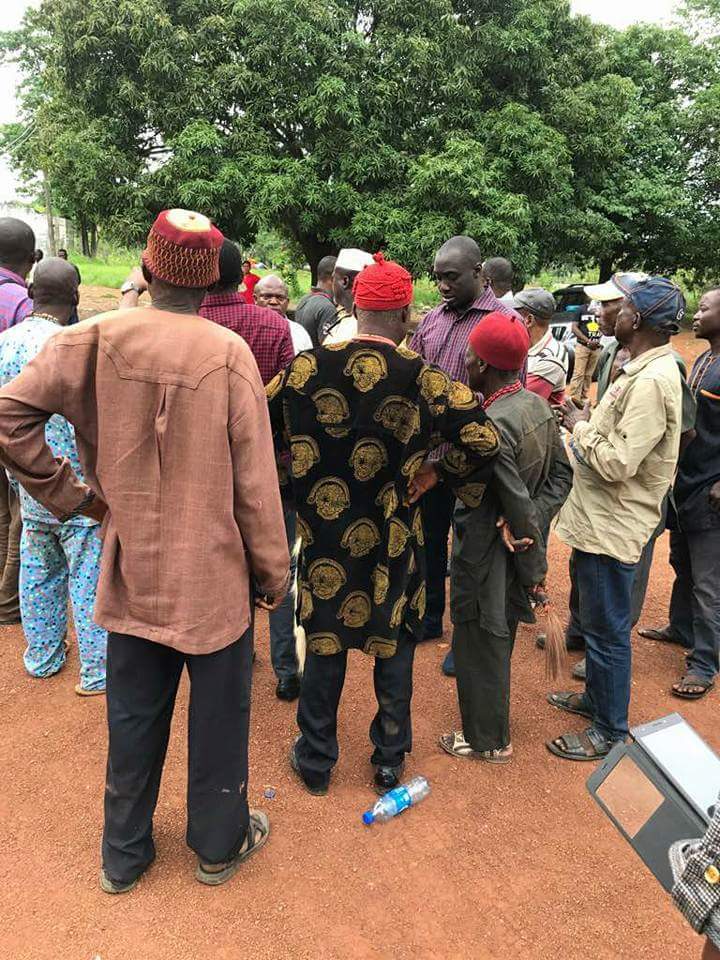 Hundreds are in dire need of urgent medical attention in the ongoing Wanihem and Wanikade crisis in Ukelle, Yala local government area of Cross River State.

The neighboring villages are locked in a communal war that has left at least 10 dead with over 100 wounded as fighting entered the fifth day on Sunday with the wounded in dire need of urgent medical attention.

The root cause of the crisis is still unknown but authorities had denied its existence on Thursday with the Police Public Relations Officer in the Cross River Police Command, ASP Irene Ugbo saying; “I am not aware of that, I will brief you as soon as I am briefed.”

Both villages are located less than 20 kilometers away from Oju local government in neighboring Benue state and are farming settlements and medical attention for the injured has been trickling in with some brave health personnel going against the odds to “stabilize” the victims, a source said.

This despite unconfirmed information suggesting a Primary Health Centre built by the administration of former Governor Liyel Imoke was razed by irate “warriors” which as at press time was still unclear whether in Wanihem or Wanikade.

But, the member representing Ogoja/Yala federal constituency in the green chambers of the national assembly, Honorable Jarigbe Agom visited both communities on Saturday and pleaded with the chiefs to stop the war.

He made an undisclosed cash donation to the village heads to help treat their wounded which they pledged to do.

Meanwhile, CrossRiverWatch gathered that the member representing Yala II in the Cross River House of Assembly, Honorable Ogana Lukpata (PDP) and an aide to Governor Ben Ayade on electronic media, Beatrice Akpala as well as other appointees have been reaching out to several government officials to intervene.

This may be paying off as sources in the Ministry of Health and the Cross River State Primary Health Care Development Agency say the Commissioner and Director General have agreed to go against the odds of an indefinite strike to render emergency medical services to those in need of it to avert a health crisis.

“Those (Health Workers) in the war front have been trying to stabilize the victims but they need Doctors and teams of specialized medical personnel to handle this,” a source in the CRSPHCDA said.

CrossRiverWatch also gathered that the Governor has given the go ahead that emergency health services to be rendered to the people.

It was not immediately clear when the health team will move into place as the headache of how to move the injured from the war front was yet to be solved as at press time with soldiers from the 130 Battalion, Brigadier Godwin Ally cantonment of the Nigerian Army in Ogoja to support the teams.

An Ukelle born film producer,  Lillian Igbang has since the start of the war, been advocating for peace in her homeland on social media. A series of Facebook posts monitored by CrossRiverWatch has been rather emotional as she kept pleading with “my people to stop,” and for the authorities to wade into the crisis to stop the carnage.

By Ijioma Opara, The ICIR Inspector General of Police (IGP) Usman Alkali Baba has ordered all Commissioners of Police

Listen To The Report The Headlines: Police Dock Couple In Calabar For Beating Up Spokesperson One Suspected Monkeypox Cases

By Marcus Fatunmole, The ICIR The Nigerian Government disbursed N35.74 billion to 37 of its 55 hospitals from the COVID-19 Intervention Fund