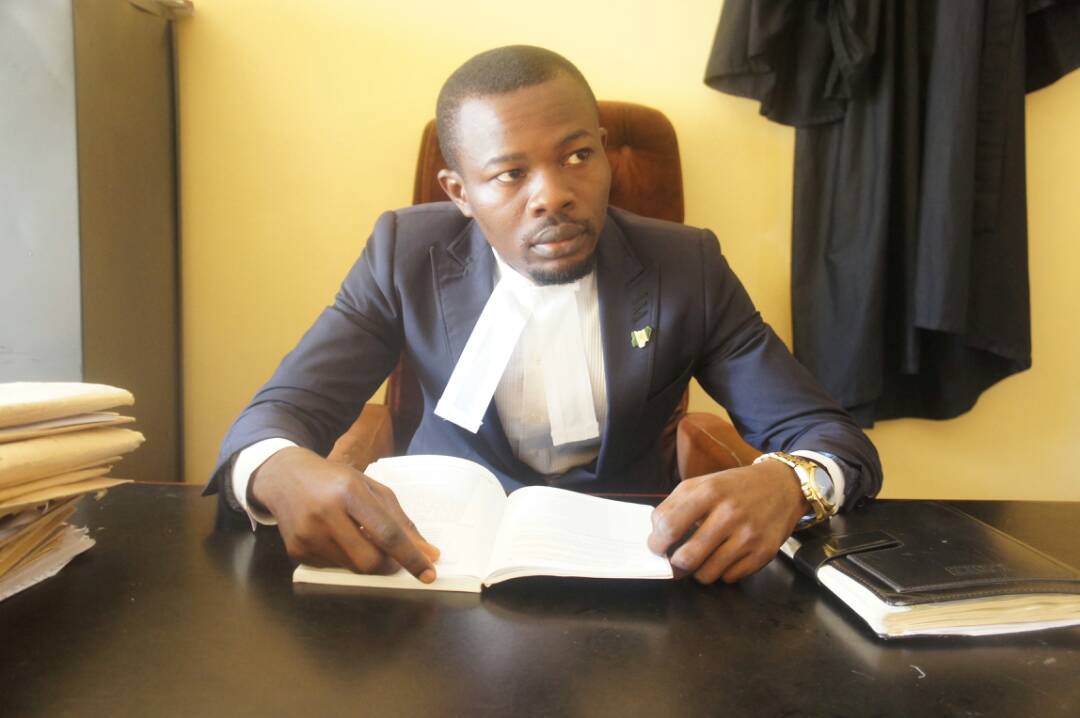 The Cross River State Administration of Criminal Justice Law No. 16, 2016 (hereinafter referred to as ACJL), is an adaptation of the Administration of Criminal Justice Act, 2015 passed by the National Assembly and applicable in all federal courts and courts of the Federal Capital Territory. The law is a positive and progressive piece of legislation regulating criminal procedure. It seeks to introduce a new legal regime aimed principally at reforming and revolutionizing the criminal justice system, addressing the many delays which often characterize justice delivery and ease in prison decongestion.

It is unfortunate and regrettable too, that for about six months now since the said Law was reportedly signed into force by the State Governor, same is yet to be gazetted, published by the government printers and made available for public consumption. In this little piece, therefore, we intend to examine the challenges occasioned by the continuous non-availability of the Cross River State ACJL, 2016 vis-à-vis the legal implications of validly enacting a Law but failing to make same available for public consumption. We shall finally suggest and prognosticate on the possible ways of addressing or overcoming the present seeming conundrum. But first and foremost, we shall do an appraisal of the need cum desirability of the Cross River State ACJL, 2016 and further highlight some salient/innovative provisions of the Law. However, due to spatial constraints, only a few of the provisions will be highlighted.

THE NEED FOR THE CROSS RIVER STATE ADMINISTRATION OF CRIMINAL JUSTICE LAW NO.16, 2016 AND SOME INNOVATIVE PROVISIONS OF THE LAW:

The problem of speedy disposal of cases in general and the expeditious determination of criminal matters in particular have continued to plague our judicial system especially in this part of the world. Due to the inveterate canons of our adversarial jurisprudence, it is common place to find lawyers engage in all sorts of forensic acrobatics by squandering the precious time of the court with nauseating objections and applications, all in a bid to frustrate trials and ultimately impede speedy dispensation of justice. See for instance the case of UBN Plc v Astra Builders (W/A) Ltd (2010) 5 NWLR (Pt. 1186) 1.

Perhaps, in a bid to address the many problems and challenges bedevilling our criminal justice sector, a new legal regime was accentuated by the passing into law of the Administration of Criminal Justice Act, 2015 by the National Assembly, which enactment principally copied that of Lagos and Anambra States. Interestingly, Cross River State is one of the few states in Nigeria that have so far domesticated the Administration of Criminal Justice Act, 2015.

The Cross River State ACJL, 2016 is an important piece of legislation regulating criminal procedure. The Law repealed the extant Criminal Procedure Law, Cap. C17, Vol. 3, Laws of Cross River State of Nigeria, 2004. (See Section 490(1) of the ACJL, 2016). It introduces a new legal regime in the criminal justice sector with the objective of promoting greater respect for the rights of citizens by the police in the process of law enforcement, as well as ensuring speedier dispensation of criminal justice. It is a Law which brooks no dissipation of time and calendars defined and inexorable timelines in almost every aspect of the criminal trial process.

Some of the salient and innovative provisions of the Law include;

It must be noted that these reforms are expected, among other things, to ease prison congestion, end the abuse of the remand system, improve the delivery of criminal justice services by the courts and enhance the capacity of law enforcement agents to act responsibly, accountably and professionally, as well as ensure better safeguards of the rights of crime suspects. In view of this, one can safely conclude without fear of contradiction that the CRS ACJL, 2016 is an important and indispensable piece of legislation which is much needed to lubricate the wheel of our criminal justice sector in the State.

SOME CHALLENGES ARISING FROM THE NON-AVAILABILITY OF THE CROSS RIVER STATE ADMINISTRATION OF CRIMINAL JUSTICE LAW NO.16, 2016:

Despite the obvious importance of the CRS ACJL, 2016, it cannot be argued that since the said Law was reportedly assented to by the Governor on 27th May, 2017, same is yet to be officially gazetted, copies mass-produced by the government printers and circulated to relevant criminal justice institutions in the State. It cannot also be argued that unsigned electronic copies of the said Law are widely in circulation and in the hands of justice practitioners in the State. Indeed, the present writer is aware that many charges (Information) filed recently at the State High Court were done relying on the new ACJL and without obtaining the mandatory consent of a High Court Judge as hitherto required under the Criminal Procedure Law (now repealed by the ACJL, 2016).

The Pertinent question then arises as to the fate of those numerous charges filed without the requisite consent of a High Court Judge. Again, does an electronic (soft) copy of the ACJL, 2016 suffice for the purpose of efficacy and whether the courts can countenance such electronic copies and give effect to same? To stretch the posers further, does a Law validly made by the House of Assembly and duly assented to by the Governor cease to have the force of law merely because same is not yet gazetted and made available to the public?

It would appear that there has been total disregard or outright non-compliance with the relevant provisions of the Laws Authentication Law (supra), especially in respect of the gazetting of new Laws assented to by the Governor and the forwarding of same to the Chief Judge for enrolment in the High Court.

Since a bill of the State Assembly requires the assent of the governor by virtue of Section 100(2) of the 1999 Constitution (unless passed pursuant to Section 100(5) of the Constitution), the bill becomes Law the moment it is assented to by the governor. In the instant case, it is deemed that the Law No. 9 of 2000 became Law on the date the Governor of Imo State assented to same. The Gazetting of same is therefore not a requirement for the efficacy or validity of the law. See OGBORU v. UDUAGHAN (2011) 17 NWLR (Pt. 1277), H.D.P. v. OBI (2011)18 NWLR (Pt. 1278) Pg. 80. (Underlining is mine for emphasis).

It can thus be argued that the CRS ACJL, 2016 is validly in force notwithstanding that same is not gazetted and made available for public use. This is drawing strength from the above case law authority which is to the effect that the gazetting of a Law is not a requirement for the efficacy or validity of the Law.

Also, by Section 122(2)(a),(b) of the Evidence Act, 2011 the courts have a duty to take judicial notice of the CRS ACJL, 2016 being a Law validly passed by the Cross River State House of Assembly. It would however appear that the problem is not whether the CRS ACJL, 2016 has been passed into law but rather how to establish the fact that the CRS ACJL, 2016 is actually one of the Laws assented to by the Governor on 27th May, 2017, hence the need for an official and gazetted copy of the Law. This is so because under Section 122(4) of the Evidence Act, 2011 a court may refuse to take judicial notice unless and until it is presented with a book or document to enable it so to do.

SUGGESTED SOLUTIONS TO THE PROBLEM:

In view of the obvious significance of the CRS ACJL, 2016 in the criminal justice sector of the State, positive steps must be taken to make the said Law available for public use and without further delay.

It is suggested that the court may begin to give life and force to the CRS ACJL, 2016 by recognising and acting on the available electronic copies, notwithstanding that the Law is yet to be gazetted and official copies circulated. It is further suggested that the Clerk of the State House of Assembly should forward fresh copies of the CRS ACJL, 2016 to the Governor for his assent albeit unceremoniously, and the process should be discreetly monitored until a signed copy is returned to the State House of Assembly and gazetted. Again, it may not be out of place for the office of the State Attorney-General to reprint the available electronic copy of the Law and take same to his Excellency for assent and thus help speed up the process.

It is finally suggested that the office of the Secretary to the State Government (SSG) should be alive to its responsibility of promptly forwarding copies of Laws duly assented to by the Governor to relevant Ministries, Departments and Agencies (MDAs) and particularly to the government printers for onward reproduction and gazetting.

IN LIEU OF CONCLUSION:

I have broached the issue of the challenges and legal implications of the continuous non-availability of a gazetted or signed copy of the Cross River State Administration of Criminal Justice Law No.16, 2016. In doing so, I have attempted to highlight a few innovative and salient provisions of the ACJL and thus emphasise the significant place of such a Law in enhancing and lubricating justice delivery in the criminal justice sector of the State.

It is hoped that this piece will steer consciousness in the appropriate quarters and provoke the zeal to act timeously towards addressing the ultimate problem, such that Bills validly passed by the State Assembly and duly assented to by the Governor will always be gazetted promptly and made available to serve the public. I am done.

He’s a member of the State Counsel, Ministry Of Justice.