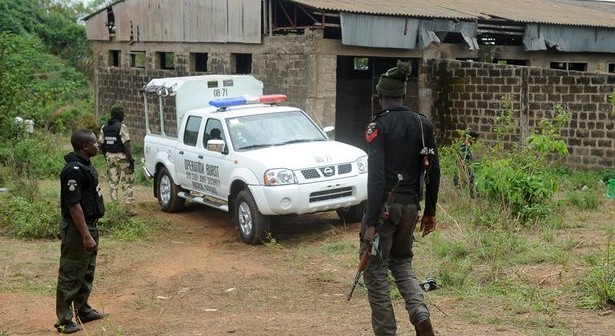 The Benue State Police Command has rescued a 40-year-old Cameroonian woman who was allegedly kidnapped in 1990, under a spell in Calabar, where she had gone to sit for the Joint Admission and Matriculation Examination (JAMB).

Narrating her ordeal during the 28 years long captivity to Channels Television, Ms Martha Eyong says, she was kidnapped at the age of 16 when the suspect, a 78-year-old man Ali Omonya Ameh, sprayed her with a white substance believed to be powder, causing her to do anything he instructed.

The suspect was first taken to Lagos then moved to Otukpo local government area of Benue state, where she spent most of her adult life under threats, isolation and forced relationship that produced two children as a result of random rape by the suspect.

Father of the kidnapped woman, Michael Eyong, while speaking on the agony of searching for her since 1990 warned against cover up and any act of injustice, now that the suspect has been caught for his crime against humanity.

The Benue state Commissioner of Police, Fatai Owoseni who described the case as an interesting angle to kidnapping added that, the suspect will face the law at the conclusion of investigation.