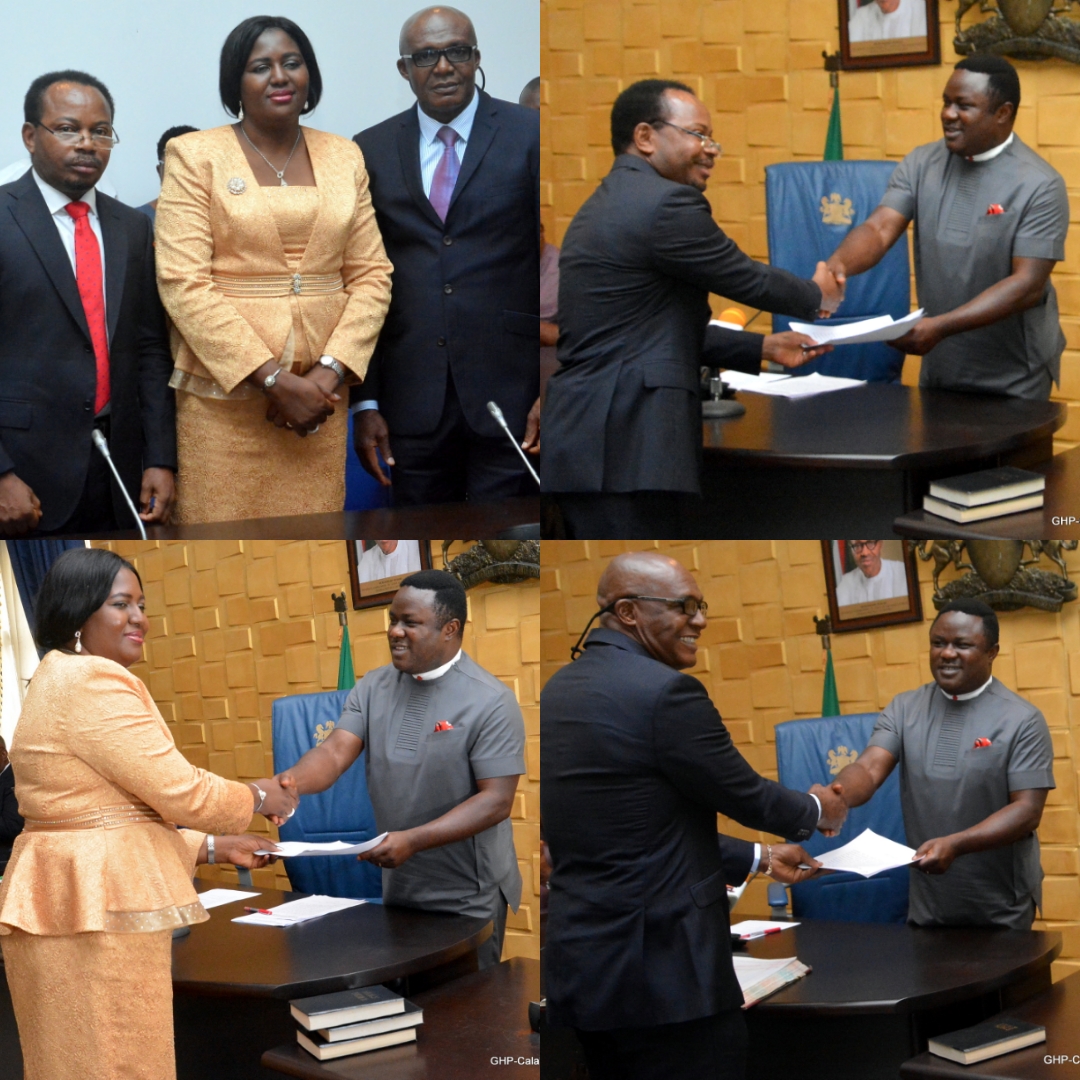 They are, Ntufam Donatus Etim who served as Chairman of Calabar Municipal and Dr. Godwin Amanke, also known as ‘Timaya’ who served and was later sacked as chairman of Obanliku local government area.

The Governor also swore in Mrs. Franka Inok as the new local government auditor general in the State to replace Mr. Anthony Ayine who was appointed by Nigeria’s President, Muhammadu Buhari as the auditor general of the federation.

Mr. Amanke replaced the space left by the exit of Mr. Sunday Achunekang, the ex commissioner for establishment and training who resigned his post to contest for the position of the member, representing Obanliku constituency in the House of Assembly in the next polls.

The appointments were, “made to fill in existing vacancies,” and the nominees had been “confirmed by the State House of Assembly,” the permanent secretary, Executive Council Secretariat, Mr. Samuel Ayuga said.

In his remarks, Ayade expressed joy and disclosed that “God reserved the very best for the last.”

He charged Amanke to train people on attitude and character especially his over 6,000 appointees as the elections approach.

For Etim, he said his expectations were mostly on his signature projects which have been received the necessary approvals.

He further called on Mrs. Inok to remain prudent, astute and pragmatic in the discharge of her duties.

In her remarks, Mrs. Inok commended Ayade for being gender sensitive in his appointments as only Lagos and Kwara States have appointed females as auditors general and pledged her commitment to working with the State government in the efficient discharge of her duties.

Etim and Amanke also promised to defend the policies, programs and projects of his administration. Also, they promised to discharge their duties effectively and “serve diligently.”