Without Buhari, There Is No Honor In APC – Usani Usani 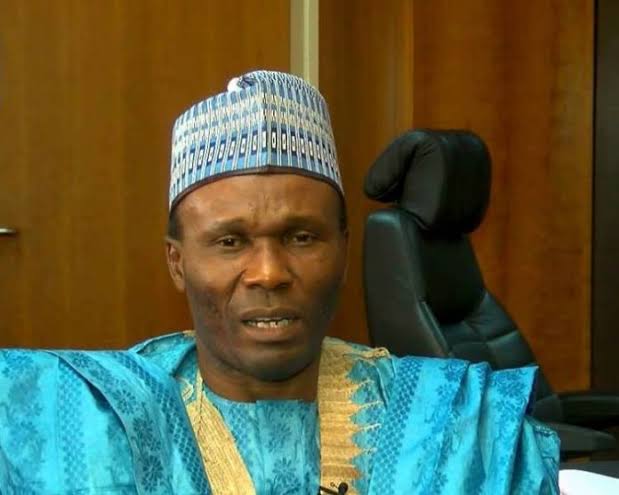 Minister of Niger Delta Affairs, Usani Uguru Usani has lamented the way his ruling All Progressives Congress APC is being run, saying were it not for the image of President Muhammadu Buhari, the party would have since disintegrated.

“When the managers of the system violate their own rules, then it means the anarchy does not allow the institution to stand and then you can see what the APC is today. The President’s image is what keeps standing as if there is a form of party otherwise, by conduct, we have lost every value of the fabrication of the initial concept which brought honour to our party. And here, I have the privilege of speaking out because further silence in the face of the falsehood in the market would suggest that I am guilty”, he declared.

The minister was speaking Tuesday in Abuja in reaction to allegations of anti-party activities by the National Vice Chairman of the APC in the South south, Ntufam Hilliard Eta as well as his reported suspension from the party by its national leadership.

“I am not on suspension. My ward chairman said I am his member. My ward secretary said my membership is intact. Did I register here in Abuja? So, how could they have suspended me in Abuja?”, he queried.

The minister who was flanked by the state chairman of the party, Hon. Etim John and other officials said the allegations against him were not new.

“Those allegations are not strange to me. First, the background to these allegations derive from the facts I am going to lay before you which are all verifiable and can be crosschecked.

From 1999 to 2015, I have never had a reason to dine with the PDP. It was a political fallow season. If you talk to Cross River people, they know us by character. When I had a political fallow season, if I did not accept overtures from the PDP, why would I do so now that I am a minister, is it to become president? This is blackmail intended to defame my reputation.

“I am aware that after the false imposition of John Owan Enoh as governorship candidate of APC in Cross River State, the other three aspirants, Prof. Eyo Etim Nyong, Chief Edem Duke and John Upan Odey carried their protests to Abuja in disagreement of that process. It is important to note that my running mate was nominated by Prof. Eyo Etim Nyong, and his supporters have been working with me against the claim that he endorsed the claims contained therein.

The publication of the name of John Owan-Enoh is in flagrant disregard of Court Orders, which were served from the 20th day of September, 2018, 13th day of December, 2018 and upheld on the 11th day of February, 2019. Claims of who won the primaries are mere psychological imaginations. The only available record at the independent National Electoral Commission INEC, which shows any primaries conducted and supervised, reflects that I emerged. The National Working Committee (NWC) of the party has merely refused to send my name to INEC.

“I am not aware that the party has ever invited me to any meeting by any means.

‘‘That I urged people not to vote for APC at any election is not true. My evidence is in the result which I produced. In each of the elections of the President, Senate and House of Representatives, I delivered the two council wards of my community with more than 4,000 votes against PDP which scored less than 1,000 votes. Even in 2015, I delivered similar results. The claim in this petition is a defence mechanism to placate them and divert attention from their untoward activities. Hilliard Eta, the party’s Vice Chairman South-South, won no unit in his council Ward 5 in Calabar Municipality.

“Some of these signatories subscribed to supporting the PDP Presidential Candidate and supporting their personal ambitions, which created much confusion. The selection of Abuja residents, who pose as owners of the party by gaining patronage of the National Chairman, has some shameful undercurrents that I cannot pronounce in this document. Hilliard Eta’s perspective is the derivation of 2014 presidential convention in which he failed to deliver his principal for which they fell out, while I was able to deliver votes for Mr. President. At present, pecuniary inducement has brought about their reconciliation.

“From the cancelled election of the 16th day through the 23rd day of February and the governorship election, they received finances from the party while I had to source for private funding on each occasion. These men and women are seeking justification for their lack of appeal to local political relevance. Time and events are revealing the realities of our situation.

“It is strange to identify me with violence and anti-party activities. It is not in my character. It is verifiable to note that some thugs were hired by these men to dislodge the Presidential Campaign Rally I organised at Yakurr Local Government Area. One of them was caught and handed over to the Police. The PDP culture of violence is the vogue they have been unleashing on the Cross River State political space. To insinuate that I arrested our party members during the election is a tacit acceptance that they worked with the PDP.

“The dissolution of the Niger Delta Development Commission NDDC Board is a reality that hurts Sen. Victor Ndoma-Egba who used the position to the advantage of his political aspirations. All he does is to seek revenge by all means. He has vowed that he is an institution and will ensure that I am politically displaced. It is sad that he uses his relationship with our leaders to propagate his strength in negative forms. He is vocal about his seniority to the Vice President (at the University of Lagos Law Faculty) whose confidence is absolute in him (Victor Ndoma-Egba) and available to achieve his notions.