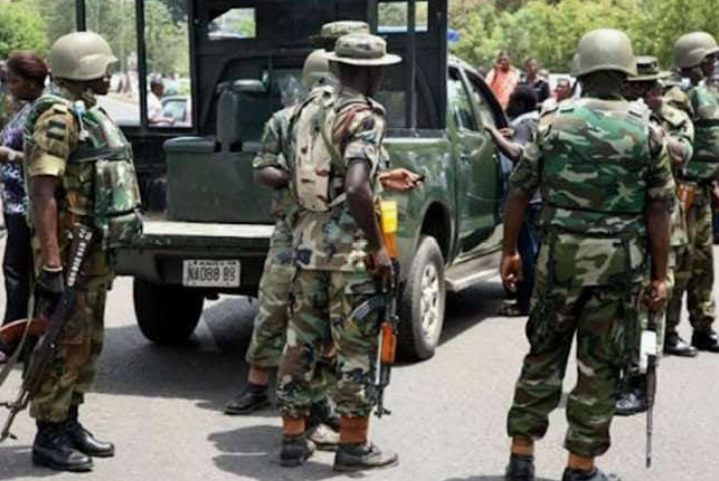 The ongoing feud between one of the host communities for the Obudu International cargo airport, Ukambi and state government agents handling the project appears to be getting worse by the day.

CrossRiverWatch just received information that a truck load of soldiers from the Brigadier Ally Cantonment Ogoja, who are currently on duty in Obudu, invaded the community a while ago to harrass, beat up and arrest some of the youths spear heading the resistance to acquiring their community land for the proposed airport. The soldiers were said to have been led to the community by the Site Manager simply identified as Mr Paul.

An eye witness told our reporter that two persons, John Izaye and Emmanuel Undie, were forcefully taken away by the soldiers without any explanation.

An amateur video obtained by CrossRiverWatch show women protesting and playing a traditional gong and asking governor Ayade to arrest and take all of them too away. The women are also head saying they will touch the homes of some of their chiefs who have collected ‘bribe’ from the governor. The women vowed to continue to resist the attempt by governor Ayade to take over their farmlands.

By CrossRiverWatch Admin The gubernatorial candidate of the All Progressives Congress in Cross River, Sen. Bassey Edet Otu has

By Patrick Obia Husband and wife, Mr. And Mrs. Effiom Nsefik have allegedly beaten up the Public Relations Officer

Obudu, Has Your Suffering Ended? BY AGBA JALINGO

In May 2015, Ben Ayade, the Obudu born Professor, Senator representing Cross River North at the time, and governorship