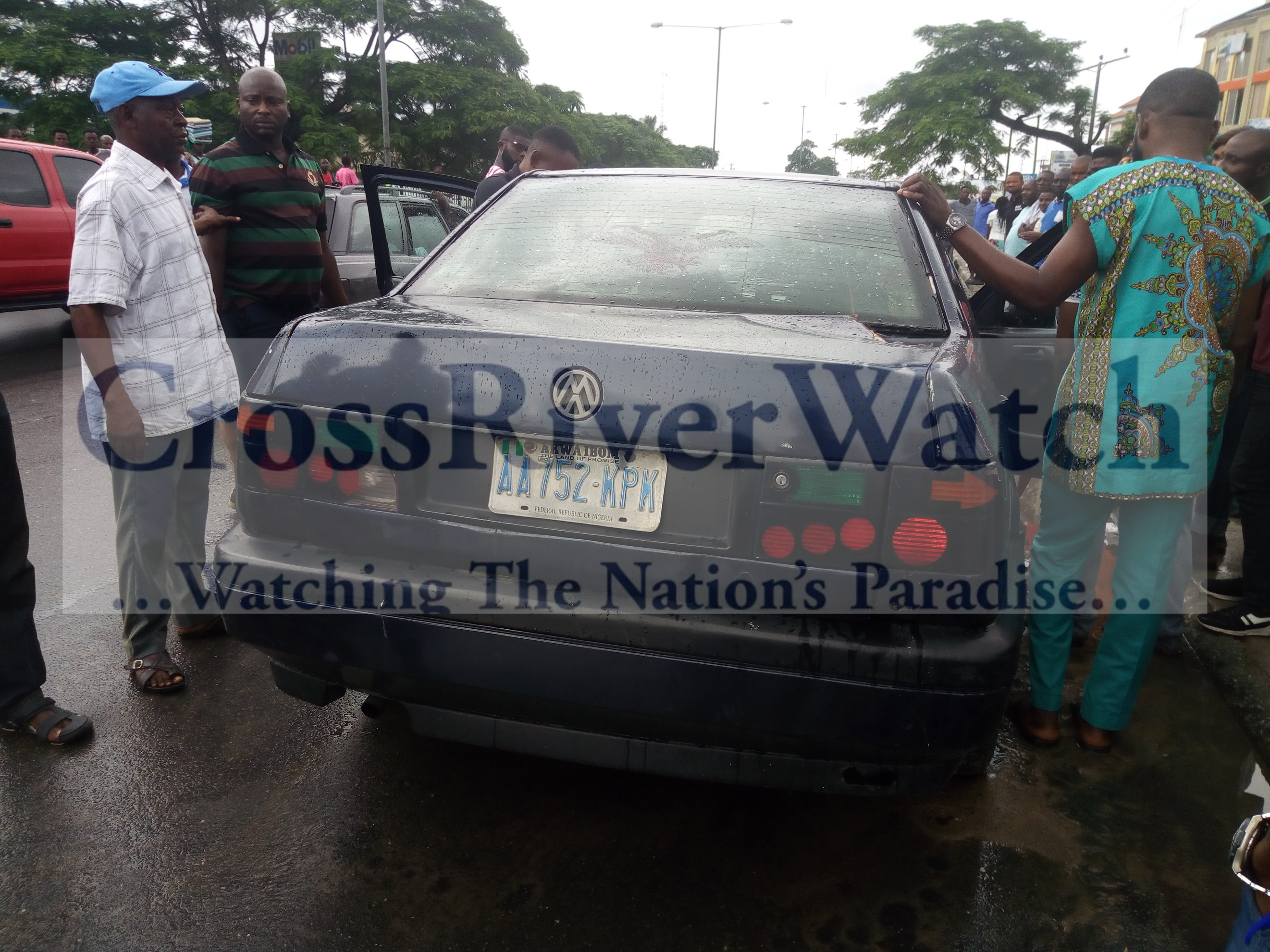 The remains of an unidentified middle age man was today found in his car in Calabar, the Cross River State capital.

The corpse of the man who is a taxi driver was found this afternoon at about 2pm inside his car at the highway opposite Mobil petrol station.

According to Mr. Eniang “the car has been parked here since yesterday, we thought he was sleeping but till now he hasn’t woken up which is worrisome to us, after trying to wake him we discovered he was already dead and smelling.”

As at the time of filing this report his remains is being conveyed to Akwa Ibom by his relative whose name our newsroom couldn’t get.

In one of my earlier articles, Labouring under a deadly burden, I wrote about one of Cross River State’s

I Have Come To Unite, Not Divide Cross River North ― Senator Stephen Odey