#Calabar: CACOVID Asked Us Not To Distribute Yet – Cross River Govt On Looted Foodstuffs 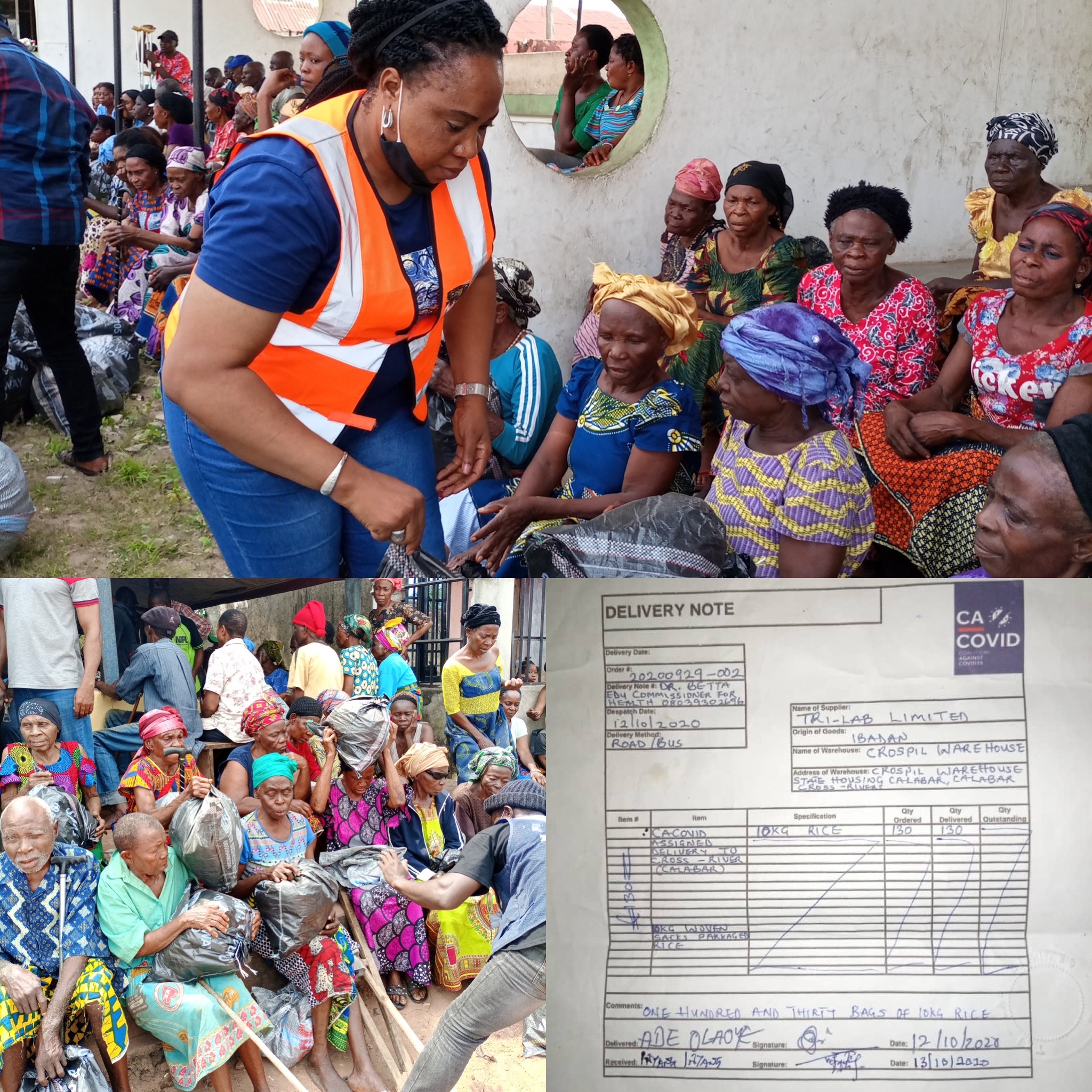 The Cross River State Government has refuted claims that it hoarded palliatives donated by the Private Sector Coalition Against COVID-19 (CACOVID).

An angry mob on Friday ransacked three Government owned warehouses and carted away foodstuffs. Other public and private facilities were also stripped of valuables with some torched. In two of the warehouses, the items were labeled ‘CACOVID’ prompting claims that the State hoarded palliatives meant for residents.

To think that they were going to villages to distribute three cubes of maggi and a single noodles, when we had so much in a warehouse 🤦🏽‍♂️

Which appointees were responsible for palliatives pls? They need to explain some things to the people .

But, the Commissioner for Humanity and Social Welfare in a statement issued Friday evening in Calabar said the State has been distributing palliatives and the ones looted were delivered days back with an instruction to delay before sharing.

A document sighted by this reporter showed that over 4,000 5KG bags of garri and 130 bags of rice were delivered 12 days ago.

A second delivery note showed that the bags of garri were delivered on October 2, 2020.

The Governor, Ben Ayade had flagged off the distribution of palliatives in April 2020, following a lockdown announced by the Federal Government to curb the spread of COVID-19.

Foodstuffs were distributed across the State religious institutions and traditional rulers taking charge.

Read the statement below:

The attention of the Cross River State Government has been drawn to mis-representations being given to the effect that some warehouses that were broken into by some hoodlums contained foodstuff meant for distribution as palliatives.

Contrary to the mis-information being peddled, Cross River State has been distributing foodstuff palliatives to the most vulnerable ones in the state in sequence.

The distribution began with release of the palliatives to those who needed it most through churches, followed by release through traditional rulers.

The foodstuff found at the warehouses broken into in Calabar were received about a week ago from Cacovid for distribution in the Southern Senatorial District.

The invoices are there to be sighted by anyone who is interested.

Upon taking delivery of the foodstuff, the state was however, directed not to distribute the palliatives pending a press conference that was to be addressed by a Cacovid team from Lagos.

It should be noted that restocking and distribution of palliatives is a continuous process and not a one off exercise.

The moment stocks are depleted so are they restocked, as such no state would have an empty warehouse.

By Patrick Obia Dozens of aggrieved civil servants in Cross River, on Wednesday, shutdown the new secretariat complex in

By Patrick Obia Sen. Jarigbe Agom Jarigbe has just been sworn in as Senator of Cross River North. President

One commentOn #Calabar: CACOVID Asked Us Not To Distribute Yet – Cross River Govt On Looted Foodstuffs