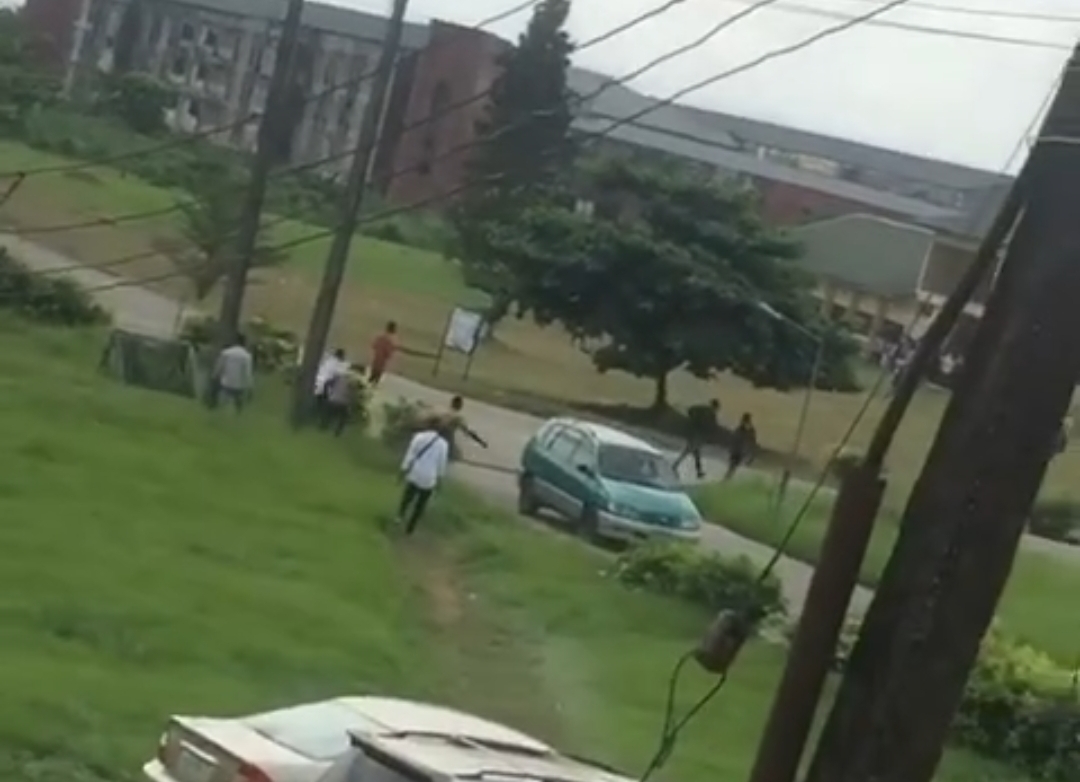 The Cross River State Police Command has said it rescued a 400-level undergraduate, Akpa Benard of the department of Education, University of Cross River State (UNICROSS) who was shot by his gang members inside the school premises.

Vanguard Newspaper learned that the victim who has been hospitalized was shot over his alleged refusal to relinquish a certain position in his confraternity (Black Axe).

An eyewitness, Ekanem Grace, said some members of Black Axe shot the victim inside the school premise on his left leg at close range.

She noted that if not for the timely intervention of men of the Anti-Cultism and Kidnapping Squad AKA Dragon that promptly responded to a distress call, the target would have been dead.

While the victim is said to be receiving treatment at an undisclosed hospital in Calabar, it was gathered that a vehicle, a blue Toyota Camry with registration number NSK 245 EA allegedly belonging to one of the victim’s friends, was recovered at the scene of the incident.

A security source who pleaded anonymity said that two persons, one Gideon John and Christopher (other name yet to be gotten), suspected to be final year students and in the same department as the victim, were named as part of the assailants.

When contacted on Tuesday, Police Public Relations Officer, SP Irene Ugbo who confirmed the incident, said the victim is still alive and responding to treatment.

“He is not dead, we are monitoring him in an undisclosed facility, he has also shared some useful information with us.

“The victim is also a cultist (gangster), and you know the Police position on the issue of cultism; we detest mob action and won’t allow anyone to create fear or disrupt the peace in the metropolis or the State at large,” she said.

Recall that penultimate Tuesday, there was a protest by students of the University over the level of insecurity, especially robbery on the campus.

The protest which led to the blockage of the school gate lasted for two days.

As of the time of filing this report, normalcy has returned to the school, with heavy security presence in and out of the school premises.

Time To End Currency And Fuel Crises BY FEMI FALANA

The Federal Government has unleashed untold hardship on the masses of Nigeria through the unprecedented scarcity of the Naira,

We Are Sincerely Not The Same… BY AGBA JALINGO

I wake up every morning afraid that one day, I will be asked to renounce everything that makes me

By CrossRiverWatch Admin Code888, a political pressure group and acclaimed originator of the back-to-south mantra, has said it will