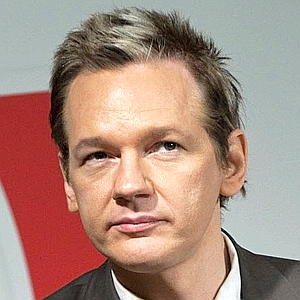 Wikileaks reveals that former Minister of Defence, Lt.-Gen Theophilus Y. Danjuma told the former American Ambassador to Nigeria, Howard Franklin Jeter that the Nigeria’s acquisition of military hardware at the heat of its dispute with Cameron over the oil-rich Bakassi peninsula were in response to the arming of Cameroon by France, according to a leaked U.S. diplomatic cables posted by Wikileaks.

Nigeria handed over Bakassi Peninsula to Cameroon in 2008 following the judgment of the International Court of Justice (ICJ).

The revelations were contained in two separate cables created between 2001 and 2002 and sent to the United State government from Abuja.

Danjuma, who was described in one of the cables as a “close confidante” of the then President Olusegun Obasanjo, was said to be emphatic about France’s machination against Nigeria and noted that the arms supplied by France included aircraft, amphibious crafts, and munitions.

The first cable is titled, “Nigeria: MOD Danjuma accuses French of arming Cameroon,” while the second one is, “Nigeria — Defense Minister Danjuma talks tough to the French.”

In the first cable, Danjuma spoke to Jeter during a private conversation at the October 30 Australian National Day while in the second cable, he spoke during a September 23-24 invitational visit to “EUCOM headquarters.”

The first cable quoted Danjuma as saying that tNigeria was certain of its information because the Federal Government had intelligence agents in Cameroon, who gave eye witness accounts of the arms transfers and the agent reported the presence of French military advisors in Cameroon working side-by-side with the Cameroonian military and training them on the use of the new equipment.

It said, “During a private moment at the October 30 Australian National Day, I asked Minister of Defense T.Y. Danjuma if he could confirm reports of a GON military build-up in response to the ICJ decision on the Bakassi. Danjuma did not deny the reports as I thought he would; rather he said that Nigeria’s recent military hardware acquisitions were in response to arming of Cameroon by France.”

This clandestine French program had been going on for 18 months, according to Danjuma. The arms supplied by France, the Minister said, included aircraft, amphibious crafts, and munitions.

By  Judex Okoro, The Sun Newspaper Tension and fear have gripped residents of Calabar, the capital of Cross River

By Bankole Abe, The ICIR The Economic and Financial Crimes Commission (EFCC) has urged the Nigeria Chamber of Commerce,