Cobham Visits Adadama, Says, “An Inch of Your Land Will Not be Ceded to Ebonyi State” 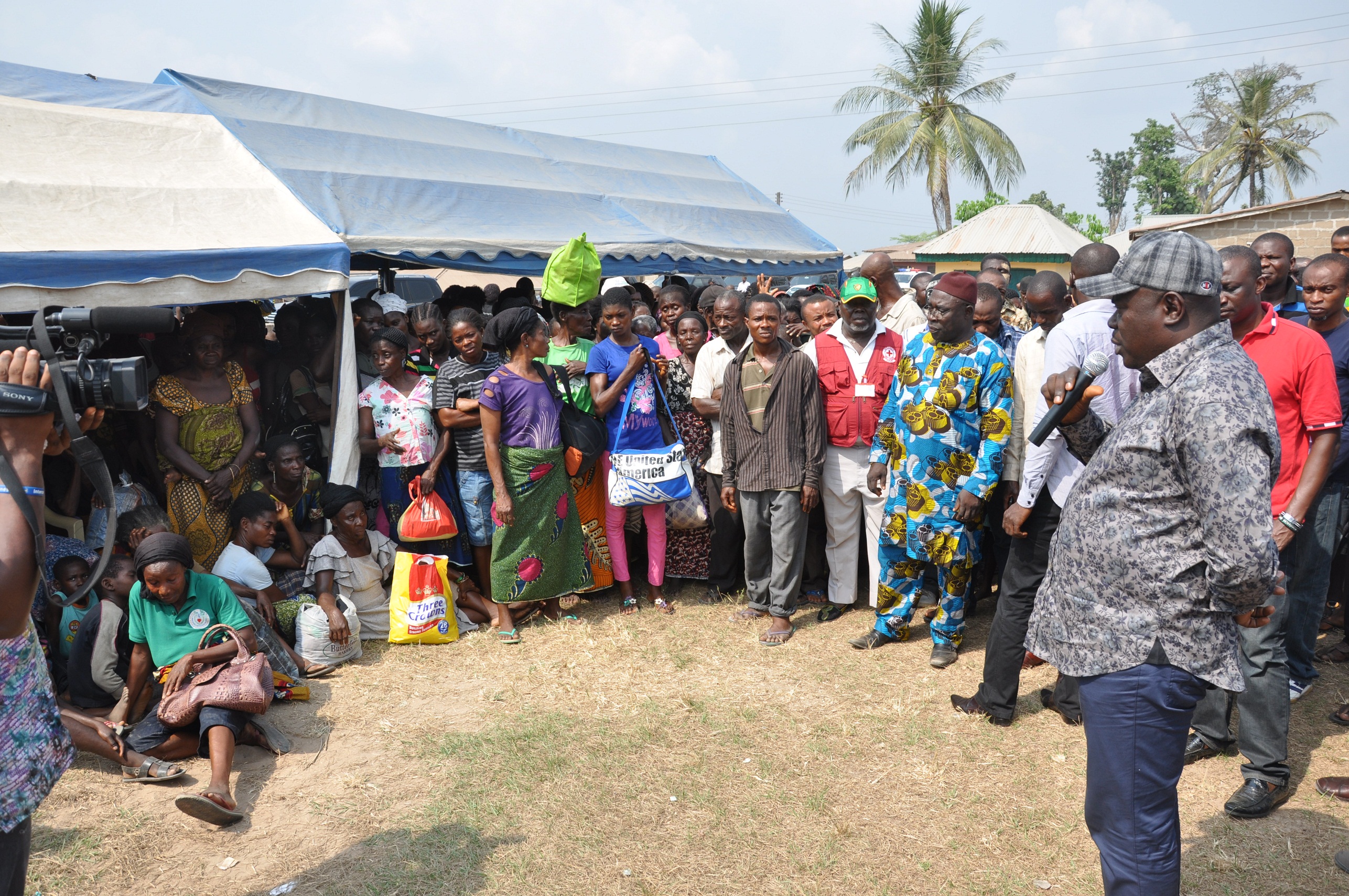 The Cross River State government has said that it is on top of the situation of the ongoing boundary war between the neighbouring communities of Adadama and Amagu in Ebonyi State. He also assured the people that an inch of their land will not be ceded to Ebonyi for any reason whatsoever.

The Acting Governor, Mr. Efiok Cobham said this when he visited the over two thousand displaced persons at the Anong-Ediba temporary camp in Itigidi Abi, Local Government Council.

Mr. Efiok said when the first invasion happened, he intervened and asked the Chairman of Abi and the Hon. John Gaul, member representing Abi state constituency in the State House of Assembly to attend a peace meeting in Abakaliki which they did and reported back to him.

He added that a joint assessment visit was schedule for this Tuesday and Wednesday in Ebonyi and Cross River State respectively. But by Friday and Saturday morning while Hon. Bassey Ewa, member House of Reps, Abi/Yakurr, Hon. John Gaul, Cross River State Security Adviser, Mr. Bassey Rekpene and the Chairman of Abi, Hon. Frank Ettah went to Adadama to assess the situation and address the people, the second invasion took place with very sophisticated Riffles beyond what ordinary villagers from Ndi- Amagu can mobilize.

He wondered why his Ebonyi counterpart will allow this to happen even after a gentle man’s agreement.
The Acting Governor said “most of the security operations by the police and SSS in Ebonyi state intentional shut down to pave way for this.”

He promised the displaced Adadama people immediate response to beef up security and protect their lives.

He later visited Itigidi and Anong to see the displaced women and children.

By CrossRiverWatch Admin Our newsroom has confirmed that Mr. Kenneth Ishamali, aka Abacha, in-law to Cross River Co-Governor, Dr. Frank

By Archibong Jeremiah TechShack has concluded plan to hold second edition of Calabar Coding Class. Coordinator of the hub,