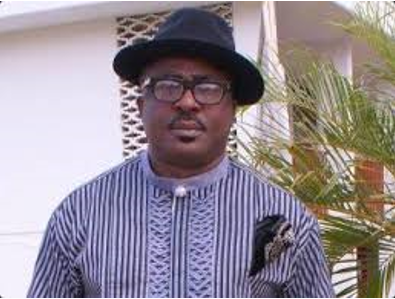 The National Vice Chairman, South-South of the All Progressives Congress, APC, Hilliard Eta has maintained that the northern senatorial district of the state should be allowed to produce governor for eight years like the south and the central senatorial districts.

Eta said this on Saturday during the reception/investiture of honors of distinguished party members in Obudu local government area of the state.

The APC leader who acknowledged that the current administration in the state led by Sen. Ben Ayade who is from the zone has failed Cross Riverians however insisted that it was wrong for people to judge an entire community by the failure of one man.

According to him, “Some people are saying that because the government has failed; let us not give the opportunity of governance of Cross River State to the northern senatorial district. We do not belong to that school of thought. We cannot say the failure of one man is the failure of an entire community. In this community, you can still see very capable hands for the task ahead because we need to recreate what has been destroyed”.

He added that “The Obudu people made a mistake in 2015. They went the way of the umbrella. By the number that I have seen today, it means the Obudu man has had a change of mind. The broom will give you what you want”.

While warning the Cross River state government against intimidation of APC members in the state, he advised party members to remain resilient to ensure they takeover power from the People’s Democratic Party, PDP in 2019.

“We would not be intimidated. We have heard of intimidation of our members. We were hardly allowed to hold this function. I think that those in charge of government in Cross River State have lost touch with reality because the APC is in power in the country today. We call on you not to be intimidated. Nobody should be scared of any antics or conduct of anybody no matter how highly placed. The APC is in charge. What you need to do in 2019 is to make the state come under the control of APC. That is what we need to do, and by the crowd that I have seen in Obudu, I think the revolution is about to start from here. We would do all we can to get power in the state in 2019.”

Also speaking, Acting State Chairman of the party, Mr. John Ochalla, warned the state government to stop harassing APC supporters as “nobody has monopoly to violence”.

Ochala who maintained that although APC is a peace loving party but when pushed to extreme, the party will have no choice other than responding as ” it was unlawful to remain lawful in an unlawful environment “.