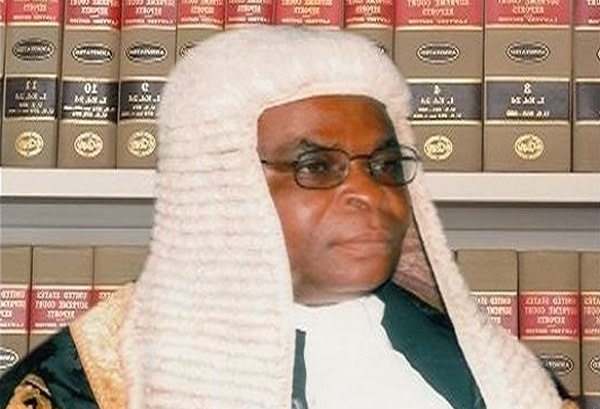 Nigeria’s Secret police, the Department of State Service (DSS) has denied that its operatives recovered the sum of  USD9,000,000 (Nine Million Dollars)from the home of the Chief Justice of the Federation, Justice Walter Onnoghen last weekend.

PRNigeria, a communications and public relations outfit reports that a top security officer with the intelligence service said the report is false in its entirety.

“The entire report claiming that DSS has found close to $9m in the account of the Chief Justice of the Federation is complete falsehood and baseless insinuation.

“In fact, there is no single operation or raid at any residence or home of the Chief Justice. The media and the public are kindly advised to ignore such reckless reports.

“It is unfortunate that some mischief makers may go to any length to fabricate stories to cause confusion in the polity,” the officer said.

Justice Onnoghen hails from Biase in southern Cross River and is supposed to be hosted by the state government in an event estimated to cost NGN100 million.