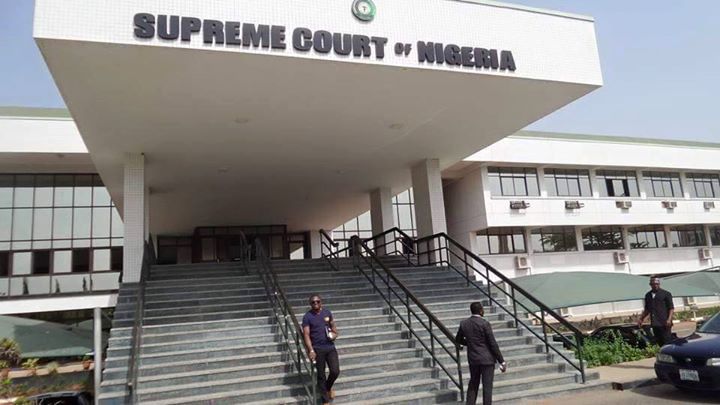 The Supreme Court sitting in Abuja and chaired by Justice Inyang Okoro has ordered the Independent National Electoral Commission (INEC) to delineate Bakassi Local Government Area of Cross River State and start preparation for their participation in the next elections.

The court gave the order, today Friday while delivering a judgment on an appeal brought by the INEC against representatives of Bakassi Local Government Area.

The people of Bakassi had gone to court to compel INEC to recognize and conduct elections in the boundaries adjustment by the Cross River State House of Assembly which was in line with Law No 7 of Cross River State 2007.

It would be recalled that the Federal High Court, presided by Justice Adetokunbo Ademola in Calabar had earlier passed judgment ordering INEC to conduct elections in the 10 new wards of Bakassi that were created from the old three Ikang Wards in Akpabuyo Local Government Area of the state.

But INEC had disagreed with the judgment and went to the court of appeal which it also lost.

This necessitated approaching the apex court for interpretation of the relevant sections of the Constitution.

However, the apex court held on Friday that the people of Bakassi had suffered enough and urged the electoral umpire to “do the needful” in ameliorating their plight by delineating areas in the council.

In the lead judgment, which was prepared and delivered by Justice John Inyang Okoro, the Supreme Court said: “All we are saying in this judgment is that INEC should take steps to do the needful.

“The people of Bakassi have suffered more than enough, and that their own representation should not be tampered with. INEC should do something as soon as possible at least to make them feel that they (Bakassi) belong,” Justice Okoro noted.

The Supreme Court further held that the Cross River State House of Assembly “has powers to make laws to adjust boundaries of local governments as it deemed fit” in line with Law No 7 of the state, adding that the law did not create any constituency, but adjusted boundaries of Akpabuyo LGA in order to accommodate Bakassi.

By CrossRiverWatch Admin Cross River State Government is set to recruit new work force into the civil service. The

By Haruna Mohammed Salisu, WikkiTimes In Ningi in Bauchi State, local politicians are enabling massive felling of trees in forest

By Samuel Akpan, The Cable Ben Ayade, governor of Cross River, says he will run for president in 2023