I Did Not Endorse Owan Enoh, He Has Apologized For The Lie – Iyanya 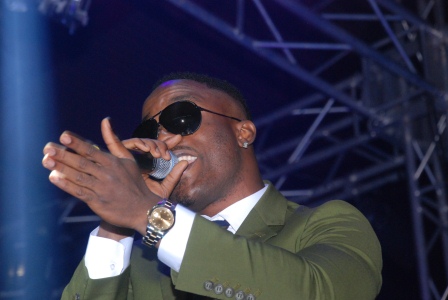 Popular Cross River born Nigerian music star, Iyanya Onoyom Mbuk, popularly known as Iyanya has denied reports making the round on social media that he has endorsed the governorship candidate of the All Progressive Congress, APC for the forthcoming elections in the State.

The multiple award winning musician in a reaction sent to Fearless Reports by his media aide, Offiong Akabom said his meeting with Owan Enoh lasted only for two minutes and was not political.

While admitting that Owan Enoh has apologized to him for the false story, the Kukere Crooner added that he doesn’t know him enough nor his plans for the state to have endorsed him.

He berated politicians and their media team over what he described as the manipulation to gain unmerited supports.

According to him “I never endorsed Owan Enoh, governorship candidate of APC in Cross River State
as it’s been rumoured in the internet.

“I feel terrible about the manipulation of some politicians and their media team in a bid for power and unmerited support”.

Iyanya added that, “I have immediately sent a clear message to Mr. Owan Enoh about this and he has immediately communicated his sincere apologies as we’ve never met before now enough to endorse him. Our conversations were barely up to two minutes and we were involved in a few handshakes and he asked to take photos.

“I was bemused to find out the following day that his overzealous media team took an event that lasted less that two minutes to be an endorsement on my side. I do not know his plans for Cross River State, neither I’m I partisan.

“I ask all my fans, friends and family to disregard any news or rumor concerning me endorsing Mr. Owan Enoh. I have never endorsed him. Thank you”. He said.

It will be recall that Owan Enoh media team last week flooded the social media with pictures of the politician and the musician claiming that Iyanya has endorsed the APC candidate.

One commentOn I Did Not Endorse Owan Enoh, He Has Apologized For The Lie – Iyanya