Mysterious Fire Razes House During Down Pour in Calabar 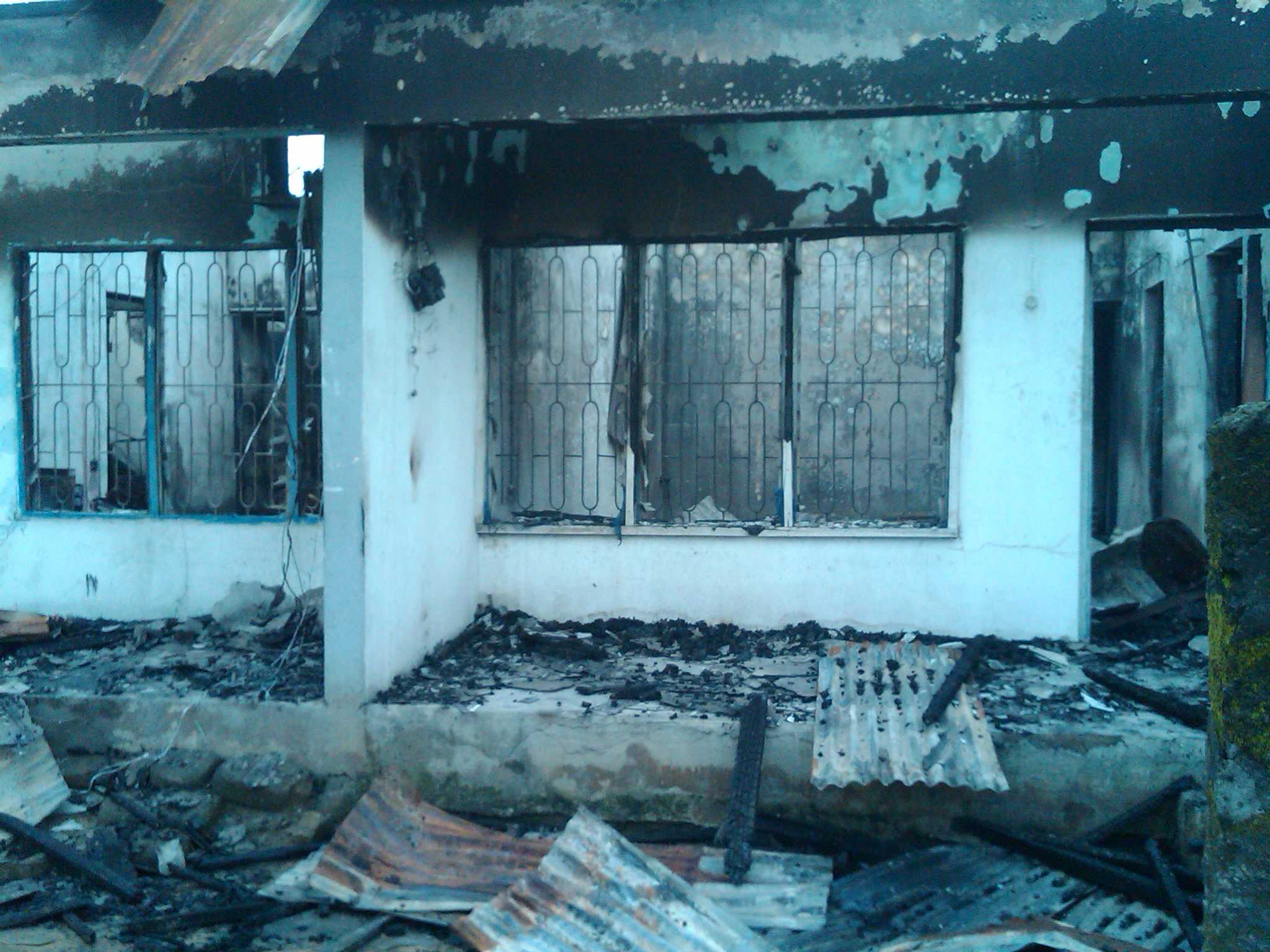 Residents of Calabar are still amazed at the mysterious fire incident that consumed a residential building while rain was falling in the wee hours of Friday, 3rd October, 2013.

The mysterious fire which started at midnight razed 43, Inyang Street consuming the roof, shops and residential apartments while residents were in a deep sleep as rain was droning the roof of the house.

“We were enjoying our sleep as rain was falling but suddenly we heard shouts of fire, fire, coming from outside and when we rushed out to see where the fire was burning the flames suddenly became very fierce and nobody return inside again to rescue his belongings”. Udo Sam, a resident told CrossRiverWatch.

Udo who said he is from Etinan in Akwa Ibom State said the Cross River State Fire Service was alerted and they arrived about twenty minutes later but “The midnight inferno could not be put out until it had consumed virtually everything in the house prompting us to suspect something beyond the ordinary fire”.

When CrossRiverWatch visited the scene on Saturday morning, many residents of the building who had lost their valuables to the fire were seen lamenting their plight while some sat dejectedly besides the burnt building while sympathizers consoled them. “I came out with just my shorts but for some sympathizers who gave me a shirt and a trouser; I would have been naked up till this moment”.

An official of the Cross River State Fire Service told CrossRiverWatch that though he was not on duty but his colleagues responded to the distress call but “When they got there they did their best but the fire had done much havoc before it could be put out”.