Crisis Brew in Ikoento Over Arrest Of Community Leaders 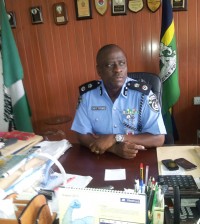 Police from the State Criminal Investigations Department in the early hours of Tuesday stormed Mbiabo Ikoneto in Odukpani Local Government Area and arrested four persons over a chieftaincy tussle which has been rocking the community since June 2013.

The matter which has been in court since then follows the alleged de-robing of an Etubom, Mr. Francis Nya by the community for being illegally installed since he is not an Ekpe title holder.

Reports from the area say the police stormed the community on the invitation of Mr. Nya at about 3am and arrested four persons whose names our source gave as Ayi Ani, Nsan Ekpenyong, Okon and a fourth person who are presently in detention at the State police headquarters in Diamond Hill, Calabar.

“As I speak to you now the police are still looking for Adolphus Eniang Onwong and some persons and there is now tension in the village and I hope the youths will not react to this act of illegality” Chief Edem Asuquo Nya told CrossRiverWatch.

Our source called on the State Security Adviser and the police to stop this illegal action before the people of the area react. “Mr Nya took the matter to the Customary Court here at Creek Town, let him allow the matter to be disposed off first before going to the police” he said.

Mr Hogan Bassey, the spokesman of the Cross River State Police Command says he is in a meeting and would not be disposed to speak to our reporter.

By Chuks Okocha, This Day Newspaper As the Peoples Democratic Party (PDP) Committee for the zoning of offices in

By Patrick Obia A leading producer of cement in the Niger Delta region of Nigeria, Lafarge Africa Plc has

By Judex Okoro, The Sun News Members of the Cross River State PDP caucus of the National Assembly have