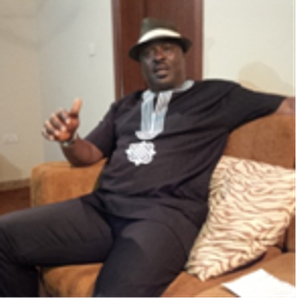 All Progressives Congress, APC in Cross River state has condemned what it called ‘’the high scale violence’’ perpetrated by the Peoples Democratic Party, PDP against its members during Saturday’s Governorship and House of Assembly elections in the state.

This is as the South South Zonal Secretariat of the party has alleged compromise by security and electoral officials deployed to the state for the polls.

In a statement from the office of the National Vice Chairman, South South of the APC and endorsed by the Special Adviser to the National Vice Chairman on Political Affairs, Elder Okoi Obeten, the party said ‘’high scale violence was unleashed by PDP thugs against our members in Cross River during last Saturday’s polls, a situation which saw some of our members either beaten up, machete or arrested and detained unlawfully.’’

It said ’’unfortunately this unwholesome activity of the PDP was backed by security operatives and of course paved the way for electoral fraud at the behest of INEC officials.’’

The party also recalled some cases of violent attack unleashed on its members in parts of the state.
“In Ikot Offiong Ebe Akamkpa Ward of Odukpani local government area, while our Senatorial candidate for the southern senatorial district, Barr. Maria Ukpanyang escaped being lynched, two of her supporters were badly matcheted by thugs hired by PDP.

“They are in a critical state of health now. At Ekim Ebebit in Odot Ward of same local government area, members of the state emergency response team codenamed ‘’Operation Messa’’ aided the beating of APC agents and in its wake whisked away two of them; Inyang Okon Asuquo and Umo Okon Asuquo.Their whereabout is still uncertain. Also the ward Chairman of Ward three in Calabar Municipality, Mr.Benjamin Archibong was arrested by the police at Diamond Hill polling unit for requesting to see the result sheet of the election.

“In Calabar South constituency 1, our agent in Abasi Edem by Ekpo Abasi polling unit, James Edet was attacked by PDP thugs hired by a State Assembly candidate. In all of these cases, result sheets were carted away and filled in private places and returned to INEC for declaration.

“Our concern here is that the police exhibited a clear case of compromise in all of this and incidentally this questions the resolve to deepen our democracy.

‘’Now, our demands are that the state police command should immediately set at liberty all our agents initially arrested and detained illegally and also arrest and detain perpetrators of violent attacks on our members across the state failing which we will resort to self help to get justice.’’