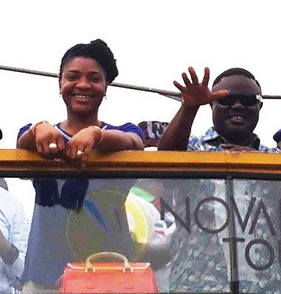 Governor-elect of Cross River State, Senator Ben Ayade, has appreciated Cross Riverians for voting enmasse for him, assuring them that he will devote himself to deliver greater prosperity, growth and development of the state.

Ayade said this in his acceptance speech at the Peoples Democratic Party’s rally in Calabar in the presence of supporters who had gathered to celebrate his victory.

The governor elect who is also Senator representing Cross River also promised to run an all inclusive government and ensure that no one is treated in isolation in the state.

He promised that ‎under his watch, all citizens of the State will be carried along, while urging every one to support government’s decision and determination to move Cross River State forward beyond may 2015.

The governor elect had driven in a motorcade round Calabar City,starting from Calabar Municipal Area Council through Marian Road, IBB, Muritala Muhammed Highway to ‎Millenium Park.