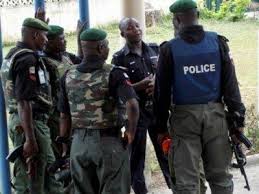 According to him the place was attacked by hoodlums and his men are on their toes to get the perpetrators.

A neighbor around the Marine Police station who gave his name as Daniel told CrossRiverWatch that, “At about 1:35am we heard several gun shots and we thought it was armed robbers coming to raid houses but we later discovered that the shooting was from the water, immediately I called our councilor who in turn alerted the police. Not quite long, five trucks belonging to the police came and others followed, the attackers we suspect are militants and according to some friends in the police they made away with a lot of arms”.

He went on to fault the police saying, “The place is usually not properly guarded with enough man power which I think has to be looked into because if such attack can occur we are not safe”.

As at the time of filling this report, no casualties have been reported by the Police.