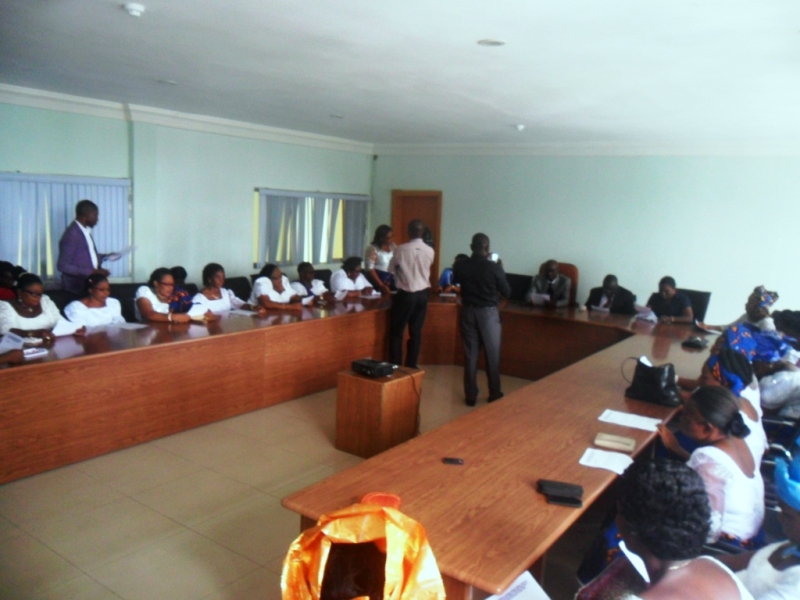 The Speaker of Cross River State House of Assembly Hon. John Gaul Lebo has said that his victory at the polls was partly made possible by the collective resolve of the Abi women.

Hon Lebo, who made the disclosure recently in his office when the Adadama Ghedina Women Association paid a courtesy call on him, added that the perennial communal crisis in Abi, particularly Adadama Community would be permanently put to rest.

He showered encomium on the women whom he observed played a huge role in his election as member representing Abi State Constituency in the Cross River House Assembly.

The Speaker assured the women of his resolve to carry them along in the scheme of things while soliciting their motherly support which according to him would be pivotal to the success of his tenure as Speaker.

He expressed optimism that the present administration of Senator Ben Ayade would give women their pride of place in the government, reiterating that the role of women in the electioneering process could not be undermined even as he sued for continuous co-operation from not only Abi women but entire Cross River women.

Earlier, the President of the Adadama Ghedina Women Association, Dr Marcellina Edu advised the Speaker against complacency which according to her was inimical to success while urging him to re-double efforts towards ensuring that Cross River got the best of him.

She extolled the sterling qualities of the Hon John Gaul Lebo which she said stood him out but also reminded him of the enormous task ahead of his new status.

“As member of Cross River State House of Assembly, you worked hard with brilliant ideas. Your prowess, sincerity, honesty, intelligence, dedication, articulate disposition and composed nature endeared you to people. Humanly speaking, we may be tempted to attribute your success to hard work and dedication to duty but be reminded that it is not your strength but God chose to favor you.” Dr. Edu said in her address.

While charging the Speaker to remain focused because distractions were inevitable in the course of discharging his tasking responsibilities, the Women advised him to lean on God for grace and leverage to deliver.

The women also implored the Speaker to use his esteemed office to work towards bringing lasting peace to the embattled communities of Abi, Particularly Adadama community which has been enmeshed in a recurring communal war with neighboring Amegu community of Ebonyi State.