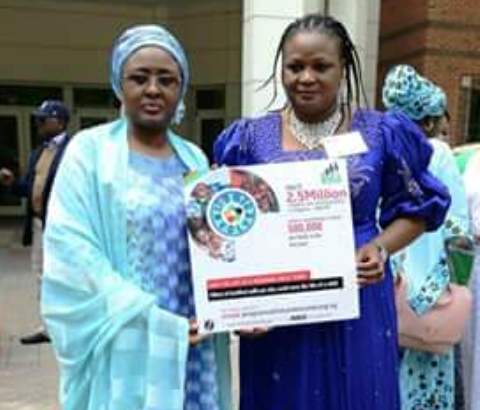 Barrister Mary Ekpere, counsel to the wife of President Muhammadu Buhari, Aisha Buhari has called the Minister for Niger Delta Affairs Pastor Usani Usani a blatant liar for claiming he influenced the appointment of Dr. Bassey Ejue as the Provost of the Federal College of Education, Obudu.

Ekpere, the estranged wife to the national vice chairman south south, of the All Progressives Congress, Hilliard Etta took to her Facebook wall Sunday to vent her frustrations.

“Pastor Usani Uguru Usani, Minister of Niger Delta is a blatant liar. I challenge him to prove with evidence how he facilitated and influenced the appointment of Dr. Ejue Bassey as the provost of College of Education, Obudu.
It is unbecoming of a man that calls himself a pastor to call a meeting of stakeholders and elders to furnish them with lies. The only role Usani Usani played was to instigate his lackey to lead a protest to scuttle our success, which is his usual destructive character” Ekpere posted at about 4:50 AM Sunday morning.

As at press time, it was still unclear to CrossRiverWatch where Usani allegedly made the statement as efforts to get the minister’s comments were still futile at the time of filing this report.  Several calls from this reporter to his phones were not taken.