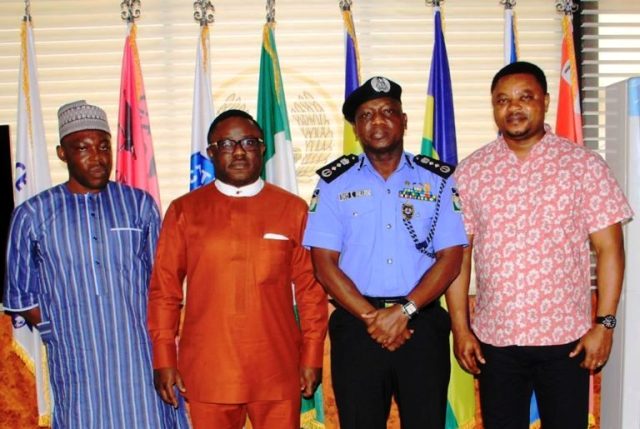 The Nigeria Police Force has expressed its intention to partner the Cross River State Government on the Garment Factory by sewing uniforms for the organization’s officers locally CrossRiverWatch authoritatively reports.

The Inspector-General of Police, IGP Ibrahim Idris disclosed this earlier today when he hosted a delegation of the state Government led by the Governor, Senator Ben Ayade to his office on a courtesy visit where he also appealed to the governor to provide land for the force to build a residential estate.

IGP Idris according to our source, said the Police as part of its efforts to contribute to the nation’s economy will patronize local content, hence will sew its uniforms in the Cross River Garment Factor.

Ayade, who was in the company of his Chief of Staff, Martins Orim and the Chairman of the New Cities Development Board, KJ Agba CrossRiverWatch learnt, was delighted at the propositions and accepted to partner with the Police.

When CrossRiverWatch contacted KJ Agba on phone, he said that the meeting was part of his board’s drive to develop New Cities, in line with the vision of the current administration.

Agba said that the residential estate will be streamlined with the plans the state has for New Cities and will not be a barrack as the public and police officers are eligible to own homes in the estate.

By Jide Orintunsin, The Nation Newspaper Cross River chapter of the APC where Ntufam Hillard Eta hails from on

Updated: Investigation Will Be Launched Into Killing Of ACP Egbe Eko Edum – Police