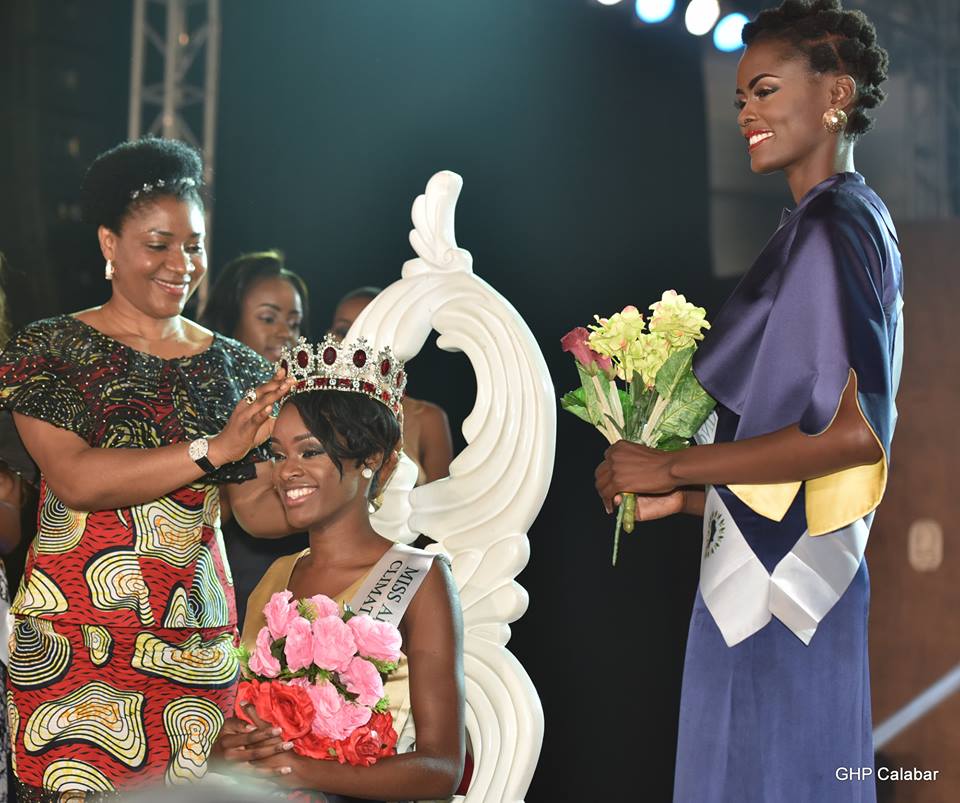 The representative of Angola, Neurite Mendes is the maiden Miss Africa after she pipped 17 other contestants to the crown Saturday night at the Calabar International Convention Centre.

The 23 year old was already the audience favourite before her eventual announcement as the winner where she won USD25,000 and a brand new Hyundai SUV with Refilwe Mthimunye of South Africa carting home USD15,000 after emerging first runner up and Cameroon’s Jencey Anwifoje taking home USD10,000 following her emergence as second runner up.

The remaining contestants went home with consolation prizes of 300 dollars each with Cross River Born Nollywood actress Kate Henshaw who was among the judges pointing out that; “We had a holistic overview of the contestants and considered not only beauty but intelligence.”

The event which was televised live saw the audience thrilled with performances by Kiss Daniel, Yemi Sax, Last Prophet, Senator, Afi Nya, Lolo, Blessing, Big Daady and Real Pee Ajaba with Cross River Governor, Senator Ben Ayade calling on Africans to just look beyond their culture and tourism, focus on technology to lift the continent out of its current challenges.

Ayade in his address said the aim of the pageant was to draw attention of the world to the fact that Africa bears the brunt of civilization and with the state fully aware that it holds 58 percent of the entire forest map of Nigeria the theme; “Green economy, a tool for sustainable development” was therefore apt.

“The journey towards a formidable climate change has started, hence all must join in this noble course to create a new path of virility in Africa” Ayade said.

He continued; “Though there may be temporal challenges but when you put your soul above your problems, your body will follow.

“As we move into the world, we must be conscious that Africa will begin to create her own kinetics, concept and perception, redefine what Africa is and never allow others to give the narrative of Africa.”

The governor also called for the revival of a true African culture and forge ahead from there to ensure the sustainability of any definition Africans will give themselves. He said that; “We must go to the International countries with our technology, culture and heritage to press home our heart.”

Notable among those at the event were the deputy governor, Prof Ivara Esu, state and national legislators, members of the state executive council, captains of industries, the wife of the governor, Dr Linda Ayade who crowned the maiden Africa Queen, Nollywood stars including Soundcity’s VJ Adams, IK Osakioduwa and many others including the last Carnival Calabar Queen, Leaticia Bola Olawole.