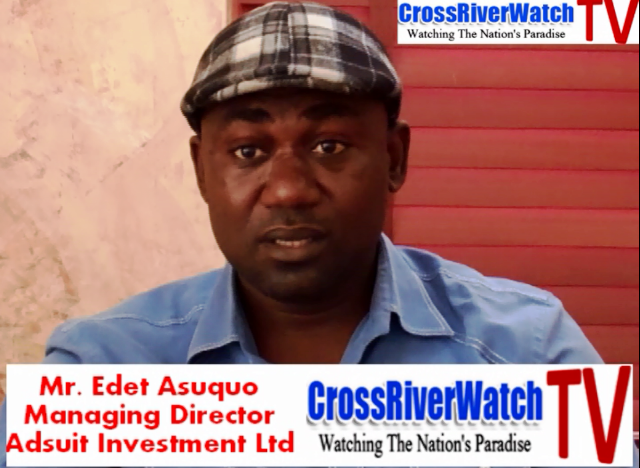 A Cross River based businessman has said the Ayade led administration is more tax friendly than that of his predecessor, Senator Liyel Imoke, which according to him, was characterized by far more multiple taxes.

He alleged that, “The Governor himself, Imoke didn’t say anything because he was enjoying the tax. But the difference between Imoke and Ayade is that Ayade has been bold enough to come out publicly to say look; leave my people, don’t tax poor people, allow them to rest. You can remember that during Governor Imoke’s time, even small people that were selling banana, groundnut on the road were taxed, if you don’t pay, they will come and park your banana, but Ayade has said nobody should tax them”.

He concluded by revealing his dissatisfaction with the Ayade Government, “The only problem I have seen in this Government is allowing everywhere to become market, everywhere in Calabar has become a market place and it’s not decent, it’s not good for tourism. Of course we have designated market for people to sell and even in those designated markets, people are selling on the road”.

By CrossRiverWatch Admin Cross River Governor, Ben Ayade has asked the 29 Magistrates who were engaged by the State