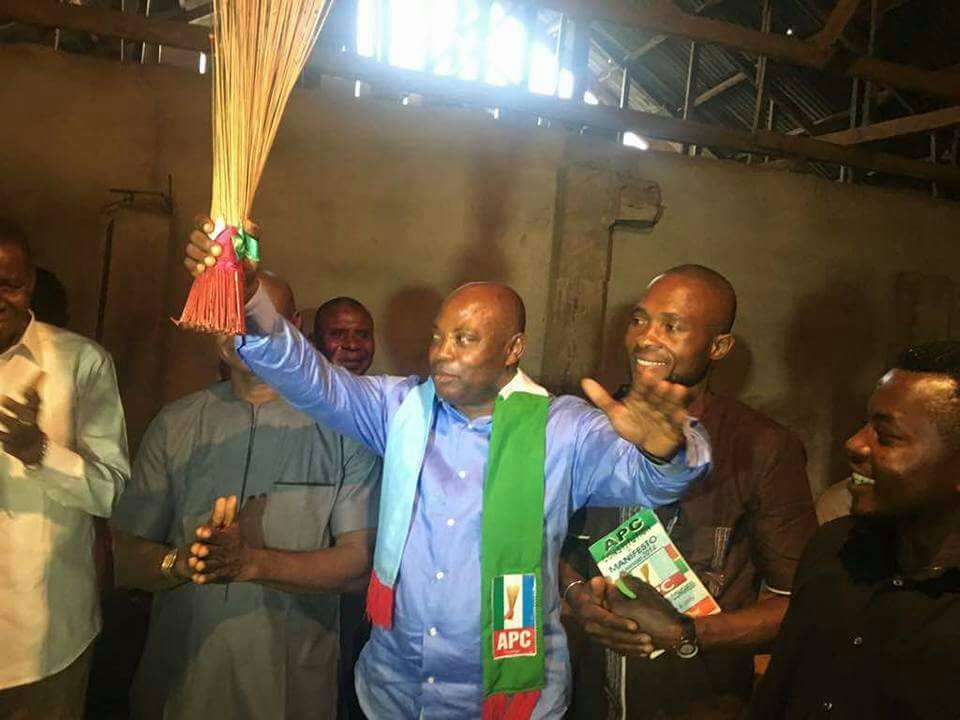 This comes barely 2 weeks after the Speaker, Honorable John Lebo denied that the house has declared the seat vacant after its occupant; Honorable Okura Elucate Okom defected to the All Progressives Congress 6 days earlier.

Mr. Lebo’s spokesperson, Mr. Azogor Ideba had in a statement said that the report by CrossRiverWatch that the house had declared Mr. Elucate’s seat vacant was a figment of the writer’s imagination.

But, a motion to invoke Section 109(g) of the 1999 constitution as amended moved by Leader of the House, Honorable Moses Ocheche (PDP Obanliku) to declare Mr. Elucate’s seat vacant was endorsed by the house in a sitting presided over by Mr. Lebo with one of the resolutions been INEC conducting an election within 180 days of the notice been served them.

The Comprises 25 members whom before the defection of Mr. Elucate, were all members of the People’s Democratic Party (PDP), which would have seen a repetition of the 7th assembly where Honorable Alex Irek (APC Obubra II) was the only opposition member of the house.

Meanwhile, Mr. Elucate told DailyPost’s Edem Edem that he did not defect because of his ally, Senator John Owan-Enoh’s defection but because there was crisis in the PDP and said the APC will wade into the matter when asked if he will seek redress in court.

“I addressed the house and told them that they are taking a decision based on a correspondent that I sent to the house.

“I already articulated my reasons for defecting to another party and those reasons find credence in the constitutional window. In that section, I explained the fact that, the section is talking about defecting to a party other than the one you contested election, except that the party from which you have defected from has official crisis.

“I explained the crises which rocked the party since it convention in Port Harcourt up till the day I took the decision. The resolution of the crises is just merely on Friday and indeed a justification of the fact that there were crises which was a basis of my decision,” Elucate said and argued that the legislature have no competence to explain matters of such nature as were better explained by court of competence jurisdiction.

On seeking redress in court, he said that: “f the decision that I took have affected the political party, I think the party has a national character and the party will definitely wade into the matter.”

The APC accused the members of politicking after being promised second term as they had been served with a legal sermons pending before the Federal High Court in Abuja to restrain from declaring Mr. Elucate’s seat vacant which was received and the house went ahead to sit and declare Mr. Elucate’s position vacant.

“If Cross River State Assembly can reconvene on same day only to fraudulently and illegally sack a House of Assembly member for exercising his fundamental rights by relocating to another party then they should also show such zeal concerning unresolved high profile corruption cases the assembly had ignored notable one’s not touched:

The APC had said that it will resist the conduct of an election with every legal means available as it was clear that Mr. Elucate had not violated Section 109 (g) of the constitution since as at the time of defection, the leadership tussle between the Senator Ahmed Makarfi and Senator Ali Modu Sheriff faction of the party was still ongoing and the matter pending before the Supreme Court of the country.